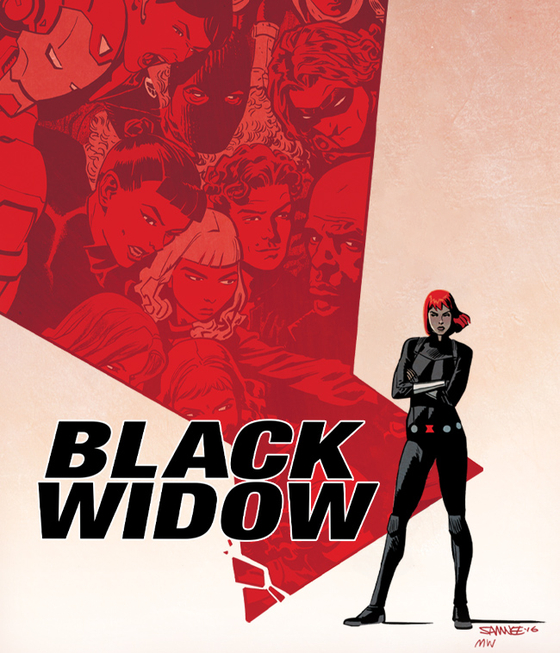 
Prior to the release of Marvel Comics’ “Black Widow” in local theaters on Wednesday, Naver Webtoon presented fans with something they can marvel at.

On Tuesday, the country’s top webtoon platform announced that it had released the first episode of the webtoon version of “Black Widow.” New episodes will be updated twice a week, on Tuesdays and Fridays. The first episode, titled “S.H.I.E.L.D.” is already receiving a high rating of 9.84 as of Tuesday afternoon. The webtoon is only available in Korean.

According to Naver Webtoon, the “Black Widow” webtoon series is the first part of its “Marvel Webtoon Project,” which is a collaboration project between Naver Webtoon, Marvel Comics and Sigongsa, the official Korean publisher for Marvel.

For the webtoon version of the comic, the original horizontal comic strip format has been recreated as an online format, vertically scrollable on mobile devices, and in color. Naver Webtoon also said that it has drastically changed the size of the text and speech bubbles so that the “reading experience of the action comic can be heightened on a webtoon platform.”

Naver Webtoon said it will continue its “Marvel Webtoon Project” together with Sigongsa. The series will continue to publish comics like “Eternals,” “Avengers,” “Spider-Man,” and “Hulk,” starting in September.

“This new project is meaningful in that it has changed the original comic book format into a mobile-friendly one, so that readers may read it anytime, anywhere,” said Kim Yeo-jung of Naver Webtoon. “The project will continue to show fans the beauty of original comics.”