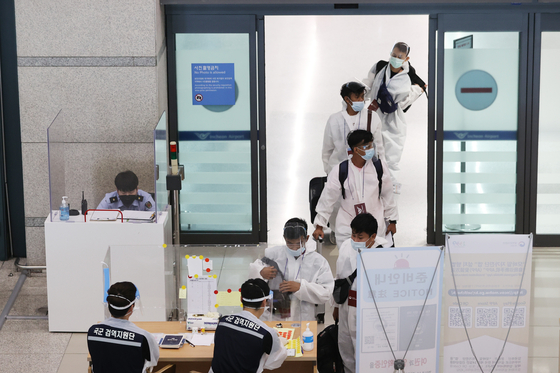 
Korea won’t change its social distancing policy over fears of coronavirus variants such as the Delta variant, which is believed to be more contagious.

"In Korea, 190 cases of the Delta virus variant have been confirmed so far with three reported cases of local infections, which can be seen as an early stage of inflow,” Jeong Eun-kyeong, commissioner of the Korea Disease Control and Prevention Agency (KDCA) said at a briefing Thursday.

"The Delta virus variant is spreading rapidly across the world, and it is needed for the authorities to prevent it from coming in and spreading in the country," said Jeong.

The Delta plus variant, which is believed to be even more transmissible than the Delta variant, hasn’t been detected in Korea, according to the KDCA.

To help contain the spread of variants, the government said it is considering giving booster shots, or an extra dose of a vaccine after the initial series of injections, as well as mixing vaccines.

“We are looking at which vaccine is used at which interval for booster shots in countries abroad, […] and we will make a plan based on clinical test results [in Korea]," said Jeong.

"There are studies that mix-and-match vaccinations increase immunity and protection from variants," Jeong said, adding that health authorities aren't considering using the Chinese Sinopharm or Sinovac vaccines for now.

Worries over variants come as Korea is set to ease its social distancing system in July, which will allow restaurants and bars to stay open longer and permit partially-vaccinated people to roam around maskless.

Moreover, some people vaccinated abroad will no longer have to undergo 14-day quarantines when entering Korea for family visits or important business purposes from July, including from Britain and India, where the highly contagious Delta variant is quickly spreading.

"It is less necessary to continue postponing the reform of the social distancing scheme and accumulating high social and economic costs,” said Sohn Young-rae, a senior health official of the Central Disaster and Safety Countermeasure Headquarters.

According to the KDCA, a total of 1,886 people have been infected with the Alpha variant as of Monday, followed by 190 with the Delta variant, 142 with the Beta variant and seven with the Gamma variant. 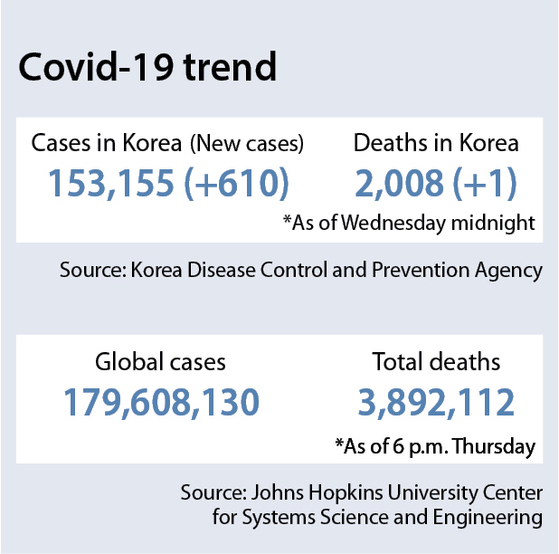 The country added one virus death, raising the death toll to 2,008.