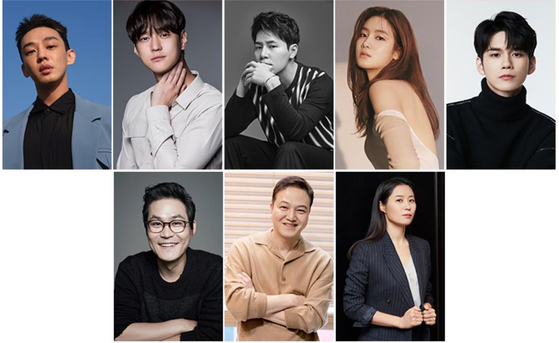 According to Netflix, the new film will be a car-chasing action flick set in 1988, when the Seoul Olympics took place. On the day that the Games begin, amateur drivers try to track down a team of thieves who stole a VIP's money while the country is distracted by the Olympics celebrations.

Taking the lead will be actor Yoo Ah-in, who will play the role of Dong-wook, the "best drifter of the Sanggye-dong Supreme Team," supported by Ko Kyung-pyo playing Woo-sam, Dong-wook's teammate.

Also in the Sanggye-dong team will be Jun-gi, played by Ong Seong-wu, the "MacGyver" of the team. Park Ju-hyun will play Yun-hee, Dong-wook's sister. Lee Kyu-hyung will play Bok-nam, the man who knows every corners of Seoul.

Actor Moon So-ri will take the role of President Gang, who controls the mysterious VIP from the shadows, and Jung Woong-in will play a prosecutor who plays a major part in the Sanggye-dong team's plans. Kim Sung-kyun will play Secretary Lee, who works under Gang to manage and hide the VIP's money.