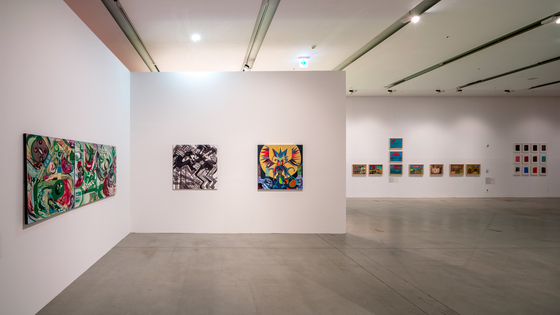 An exhibition of works by 22 artists with disabilities, "Shrunken Paper, Expanded World," runs in Buk Seoul Museum of Art in northern Seoul through Aug. 22. [SEMA]


Artists with disabilities face a double-whammy. If they manage to get recognition, it often comes with condescending cliches. Instead of concentration on their art, their stories become all important: in particular, how they “overcame” their problems.

“Shrunken Paper, Expanded World,” running at the Buk Seoul Museum of Art in northern Seoul until Aug. 22, introduces works by 22 artists with either mental or developmental disabilities. Organizers scoured the country to find artists who remain independent from institutions or the existing art system, focusing solely on their distinctive creativity. Tear-jerking histories have been avoided.

Kim Hyo-na and Kim In-kyung are the two curators behind this exhibition. They founded an artist association called “Bright Workroom,” which tries to communicate with artists with disabilities and assist them through workshops, exhibitions and publications.

“These artists do not put special meaning behind what they do, or necessarily identify themselves as artists,” explained Kim Hyo-na, to the local press Monday. “They just focus on their inner selves to express their creativity. They don’t emphasize what they want to express through their art, and don’t have any particular interest in what others think or how they define their creativity. But they are often objectified as surmounting their disabilities, or set into a narrative related to victory and success. We were extra cautious to avoid that at all costs. We wanted their voices to be heard, not to have others speak for them.” 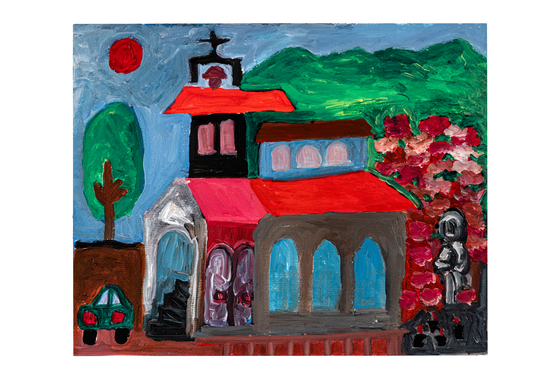 
A total of 737 artworks including drawings, paintings, mosaics, collages, texts and ceramics by 16 artists with developmental disabilities and six with mental disabilities are shown in five sections. In a section called “Dailiness,” artists use mundane materials such as notepads and scrap paper to create works related to people's daily lives. Artist Kim Dong-hyeon, for example, draws in minute detail subway lines, tunnels and roads that are all intertwined on a piece of notebook paper. While some names of subway stations and roads have sprung from his imagination, others are real and are places the artist has cherished memories of. 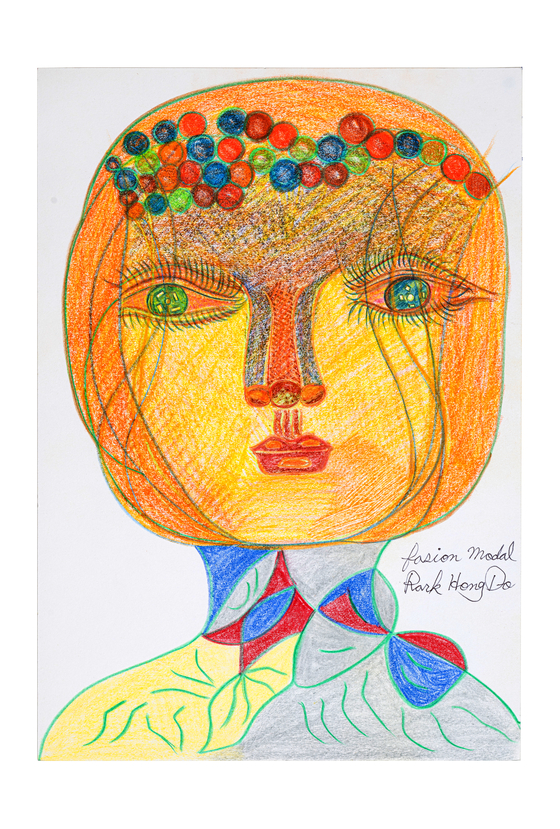 
Cheap materials such as notebooks and scrap paper, colored pencils and markers are a unifying element of this exhibition. In “Female Figure,” for instance, the artist Chung Jong-pil draws a cluster of female newscasters, actors, and other media figures that left an impression on him. Usually drawn in upper torso portraits, Chung neatly compartmentalizes the figures inside their own little squares. Sometimes figures are repeated. But on closer examination, details such as hairstyles, attire, and expressions are different. His parents, thinking that the works only advertised their son's autism, threw away many drawings. The curators saved what they could and brought them to the exhibition. 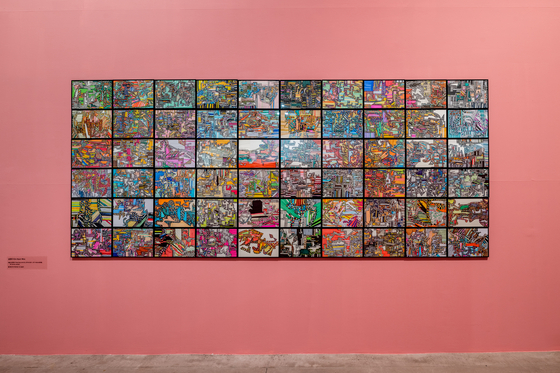 
Artist Kim Hyun-woo turns everything he sees into pixel art using pens and markers. Oh Yeong-beom has a developmental disorder and is also visually and hearing impaired. He paints by staying within inches of the canvas and feeling it with his fingers. He begins to paint a particular section of the canvas, and gradually expands to other areas.

An artwork doesn't necessarily have to be in the form of color and paint, the curators say. One piece is in the format of a written diary by artist Yang Si-young, who diligently wrote in his diary every day from the sixth grade to high school graduation. The artist has difficulty speaking, and the diaries were his way of expressing himself. To his mother, the glimpses into her son's life through the diaries was like “seeing him through a CCTV camera.” 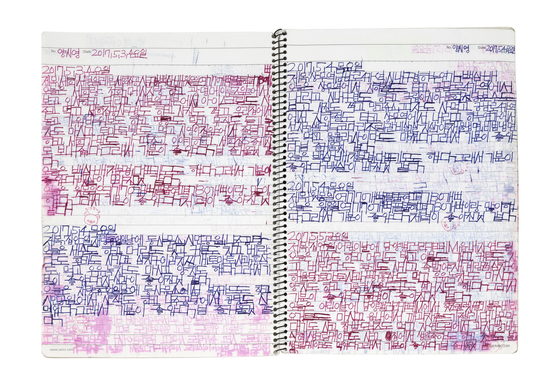 
“Since many of these artist’s works use materials that are usually thrown away — such as scrap paper, notebook paper or even the back of a calendar — their art has mostly been disregarded as a disease or symptoms of their disorders, neglected or thrown away,” Kim In-kyung said.

“But to them, the act of creativity itself is the purpose of their existence, which is how they persistently continued to devote themselves to their art. "[The artworks] are so small and insignificant, they are sometimes thrown away. How they tenaciously cling to their art is important in itself.

"It reminded us of artworks by Kim Dong-hyeon, who drew these endless, squiggly roads and lines. When we asked him why the roads were wiggly, he replied serenely, ‘The roads are so long while the paper is shrunken.’ I think his answer contains the creativity and life that we wanted to show through this exhibition.”