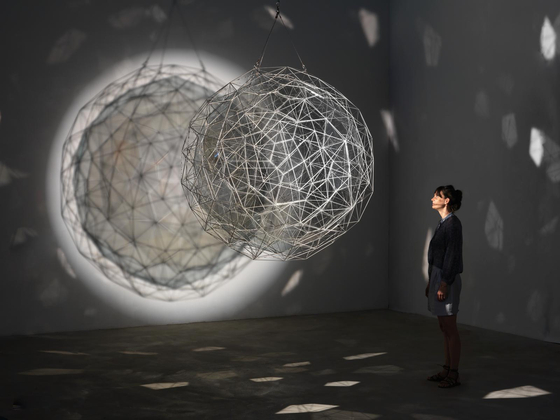 
While it may be easy to take for granted, in “Light: Works from the Tate Collection,” some 110 artworks from 43 artists explore the concept of “light.” Currently being held at the Buk Seoul Museum of Art in northern Seoul, the exhibit is being hosted in collaboration with Tate in London.

Comprised of one installation art piece from the Nam June Paik Art Center in Yongin, Gyeonggi, and the rest from the Tate Collection, “Light: Works from the Tate Collection” attempts to explore the extensive meaning and influence of light in Western art. The concept is explored from aspects of not only art, but also religion, science and philosophy from 18th century Britain to present day with paintings, sculptures, installations and media art divided into 16 sections. 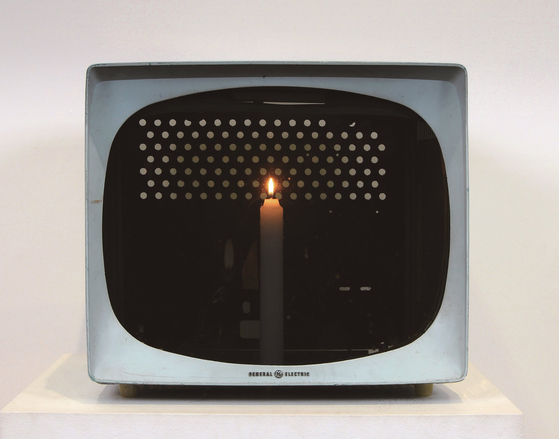 
Although the works are focused on Western art, the first installation piece that introduces the exhibition is “Candle TV” (1975,1999) by Nam June Paik (1932-2006), dubbed the founder of video art. An empty steel casing of an old television with a single lit candle inside, this installation piece represents the entirety of “Light: Works from the Tate Collection,” said curator Oh Yeon-seo at a press conference at the Buk Seoul Museum of Art on Dec. 17.

“When we think of a candle, it can mean the beginning of human civilization, or it can imply old media,” said Oh. “On the other hand, TV symbolizes new media and information and digital society. ‘Candle TV’ therefore embraces all the artworks here that have explored the theme of light.” 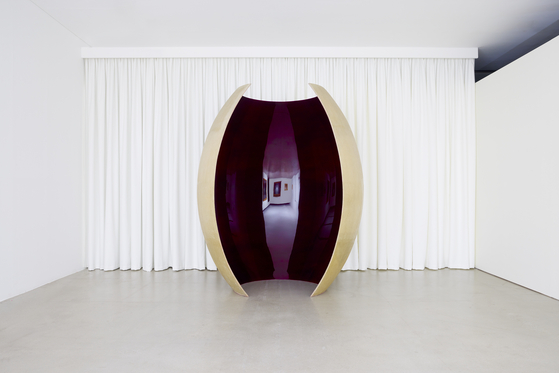 
In late 18th century Britain, artists used light and darkness to portray profound religious themes in line with how the Bible states that God created light on the first day. This notion influenced 67-year-old contemporary artist Anish Kapoor to create contrasting images of light and darkness through the sculpture “Ishi’s Light” (2003).

Other artists dug into the concept with science. British Romantic artist Joseph Mallord William Turner (1775-1851) utilized the German scientist Johann Wolfgang von Goethe’s theory of colors in paintings like “Light and Colour (Goethe’s Theory) — the Morning after the Deluge — Moses Writing the Book of Genesis” (1843), which is described as “intuitive and scientific.” This painting is particularly a “triumphant explosion of warm hues from Goethe’s color circle,” as quoted by the gallery. 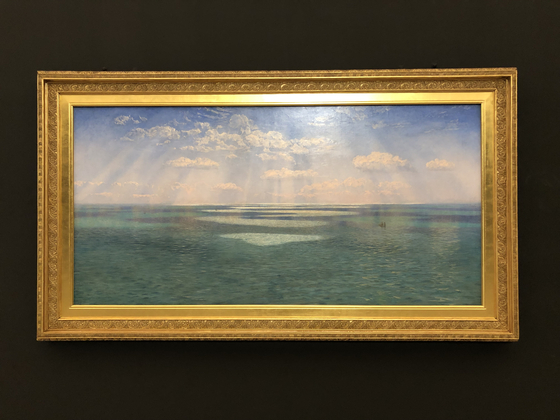 
The highlight of the exhibition, curator Oh said, is the fourth section, where the room is filled with 19th-century Impressionist artworks. These Impressionists took their canvases outdoors and depicted natural scenery seen from different points of light. British painter John Brett (1831-1902) illustrated the bright seascapes in “The British Channel Seen from the Dorsetshire Cliffs” (1871) and Impressionist Claude Monet (1840-1926) a row of tall trees in “Poplars on the Epte” (1891). 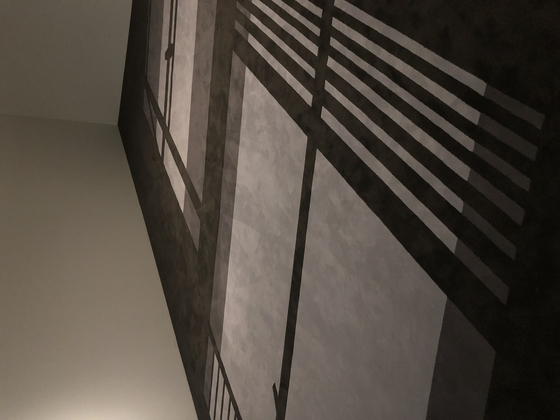 
Apart from oil paintings, light is also creatively expressed in carpets. In the 10th section of the exhibition, “Interior Light,” 57-year-old French artist Philippe Parreno utilized the image of sunlight coming through a window, casting shadows onto carpeted floors. Titled “6.00 PM” (2000-06), there is in fact no light coming into the room. The “shadow” is just rectangular pieces of carpet in different shades. As the carpet is never bound to change, Parreno attempted to draw attention to the concept of time, with the title "6.00 PM."

The artworks proceed to shift to the digital medium. For the final artwork, 91-year-old British artist Peter Sedgley focuses on the different shades of color and their connection to light in “Colour Cycle III” (1970), in which concentric circles of different colors change in a programmed sequence in a dark room. 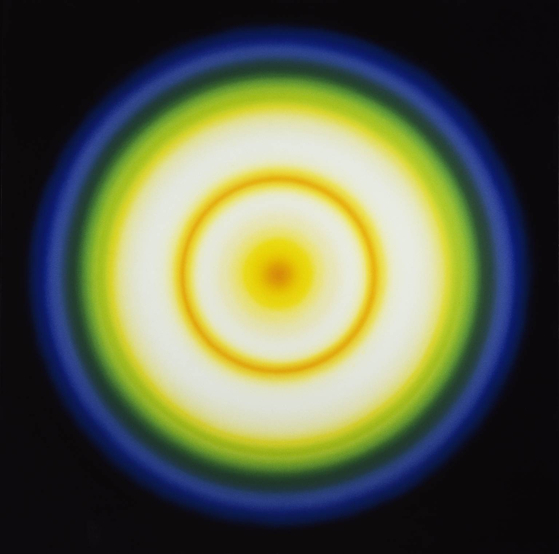 
“If the first room [section] was about the relation between light and religion, the final section is about artificial light, and it shows how much it has been maximized and utilized in modern art,” curator Oh said.

The Buk Seoul Museum of Art is open every day except Mondays and on Jan. 1. The museum opens at 10:00 a.m. and closes at 8 p.m. from Tuesdays to Saturdays, and 6 p.m. on Sundays until February. Tickets range from 9,000 won ($7.50) to 15,000 won. Tickets are available for purchase on Interpark and WeMakePrice.