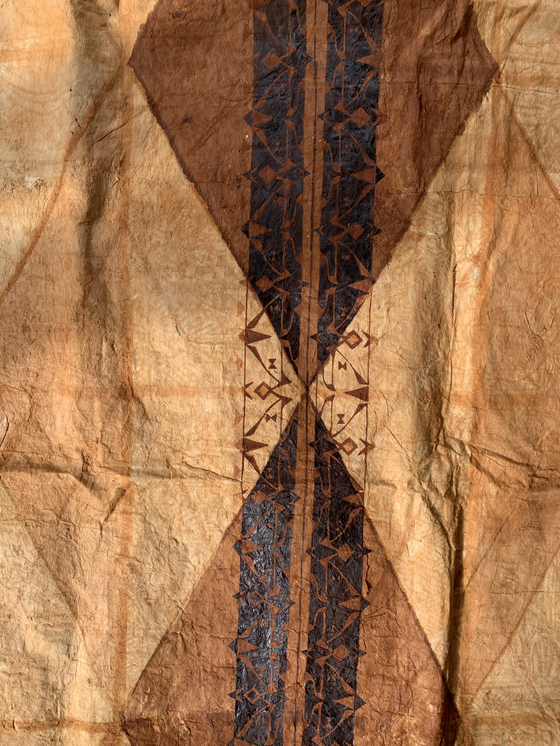 
The Seoul Museum of Art (SeMA)’s “Un/learning Australia,” an exhibition that commemorates the 60th anniversary of diplomatic relations between Australia and Korea, requires visitors to erase all their preconceptions about the country and construct totally new ones.

The Korean and English titles are different and have not been translated directly. The Korean name, which means “rediscovering the route,” is in fact a phrase often used by Korean GPS navigation devices, when an automobile vehicle takes an alternative road. It gives room to visitors to accept the fact that there are boundless pathways with no fixed destination when embarking on a journey out into the world, as well as learning something new.

With its English name “Un/learning Australia,” the exhibition attempts to spark a dialogue where visitors can learn, unlearn and relearn the culture and society of Australia through contemporary art. The slash in its name embraces two possibilities: some people may form new knowledge about Australia (“unlearn”) while others may be learning about the country for the first time (“learn”). 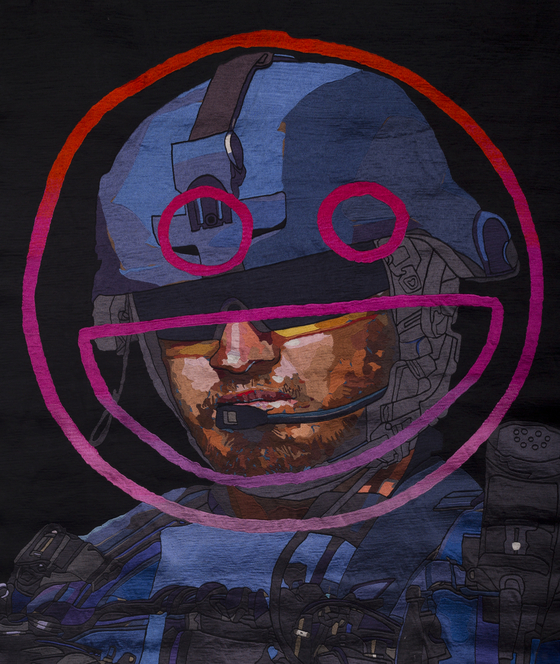 
“’Un/learning Australia’ is about an exhibition that begins with Korea,” said Alexie Glass-Kantor, executive director at Artspace, during a press event on Dec. 13. Artspace is a contemporary art center in Sydney, Australia. “Something I’ve learned about Korea over the past 15 years is that there is never a fixed line in cultural understanding, [but we need] to have respect and empathy; to be vulnerable and open to new ideas.”

“Un/learning Australia” was co-curated by SeMA and Artspace.

Some 60 pieces by 35 Australian artists or collectives have opened the gateway to the country, who “come from the desert [...] the cities [...] towns [...] and they come from the most vast and diverse context of Australia,” said Glass-Kantor. 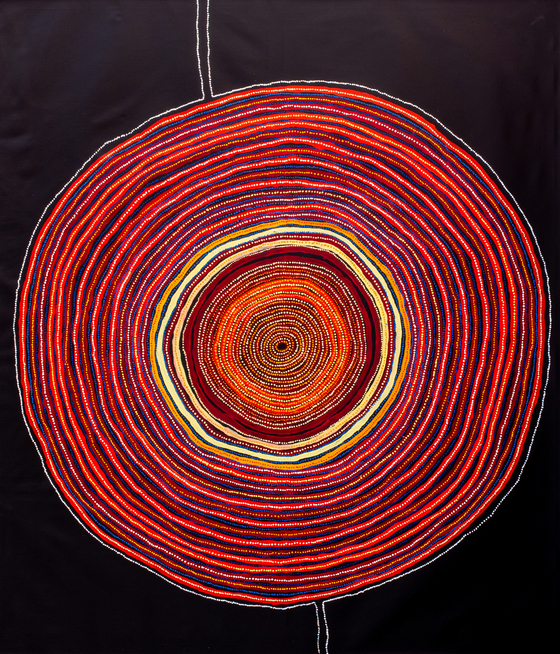 
The exhibition begins with two dark corridors, both of which present versions of the same painting — “Kulyuru” (2021) by artist Lennard Walker. The piece depicts a large rock formation which is part of an aboriginal creation story called Seven Sisters Tjukurpa. In 1998, Walker’s artworks were used as evidence to claim the Native Title for the Spinifex people, which the artist is a native of, Park Ga-hee, curator at SeMA said. The Native Title refers to an Australian law that recognizes that Aboriginal people have rights to their own respective land.

Walker’s work is an indication of how Australian artwork does not cease at natural scenery, but can also go beyond to an “official archive,” curator Park said.

The placement of these works at the start of the exhibition breaks down any distinctions between entrances and exits, allowing visitors to navigate their own way. 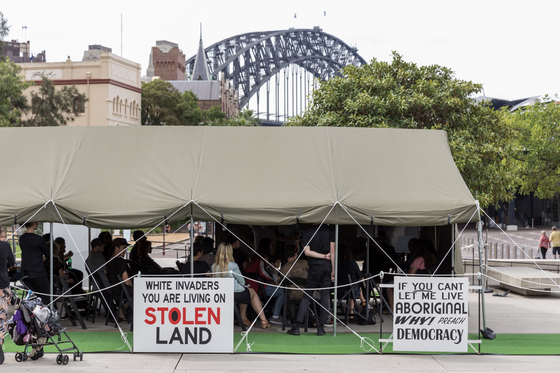 
All of the pieces on display over two floors range across cultural, social, historical and political aspects of Australia. Presented are artworks of all kinds: video installations, paintings, flags, barkcloth (material that was once treasured in Asia, Africa and the Pacific) and even an installation of the Aboriginal Tent Embassy, titled “Embassy” (2013-) by artist Richard Bell.

The actual tent was erected in 1972 to protest the Australian government's refusal to acknowledge Aboriginal land rights. It is now permanently located in Canberra, across from the Old Parliament House. For the installation version at SeMA, the tent relates to Korean society as it “becomes a place to challenge South Korea’s own relationship to racism and discrimination,” said SeMA. 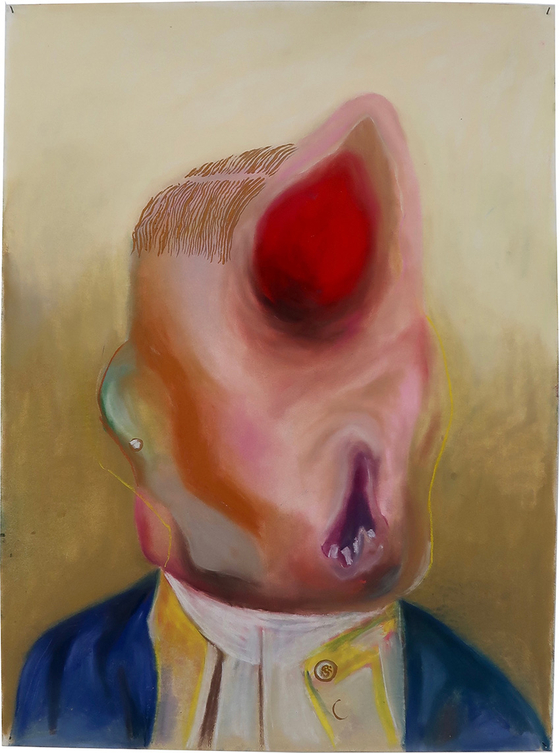 
On the second floor, an entire wall of works by Madison Bycroft make visitors feel uneasy and maybe even queasy, as the colorful collage of 18th century-inspired British aristocratic portraits have human organs for faces. Like “Composed body (inherent vice) 3” (2020), curator Park explained that these disoriented pieces represent how some things in life, like identity, may be illegible and the potential in overthrowing conventional customs and norms.

When thinking of Australia, the related keywords or concepts tend to be things like “wildlife,” “koalas” or “spiritual art,” Park explained. This exhibition aims to move on and show the audience there is so much more to Australia.

“Un/learning Australia” continues until March 6 next year. SeMA is open every day except Mondays. On weekdays, exhibitions are open from 10 a.m. to 8 p.m. On weekends and holidays, SeMA is open until 6 p.m. until February. Admission is free and reservations are not required.