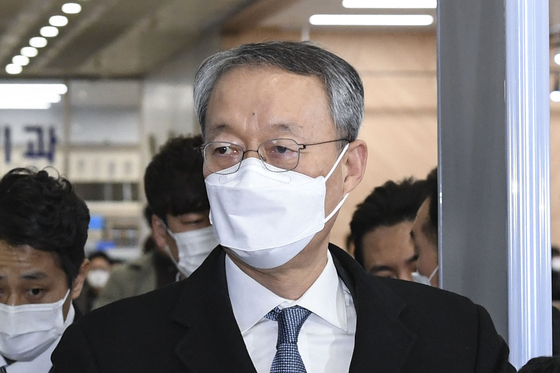 In this file photo, former Energy Minister Paik Un-gyu enters the Daejeon District Court for an arrest warrant hearing on Feb. 8, 2021. The warrant was rejected. Paik was indicted on Wednesday for abuse of power in 2017 and 2018. [NEWS1]


A former energy minister and an ex-presidential secretary were indicted for abuse of power in the premature shutting down of the country's second-oldest nuclear reactor in 2018.

Chung Jae-hoon, president of the KHNP, was indicted on charges of breach of trust and obstruction of business.

Prosecutors have been investigating whether the government broke the law when it decided to shut down the Wolsong-1 nuclear reactor in Gyeongju, North Gyeongsang, in 2018.

The Board of Audit and Inspection (BAI) announced last October that KHNP decided to shut down the reactor earlier than scheduled due to an assessment that deliberately underestimated the economic advantages of keeping it going. The BAI's conclusion triggered the prosecution's investigation.

Following months of investigation, which included raids of the energy ministry and questioning of former minister Paik, the prosecution concluded that Paik colluded with Chae to force KHNP to submit a report recommending Wolsong-1 be shut down earlier than scheduled.


When a division head of the ministry reported to Paik in April 2018 that it was necessary to keep the Wolsong-1 reactor in operation for the next two years and six months, Paik reportedly yelled at him, "Do you want to die? Rewrite the report for immediate shutdown and bring it to me." 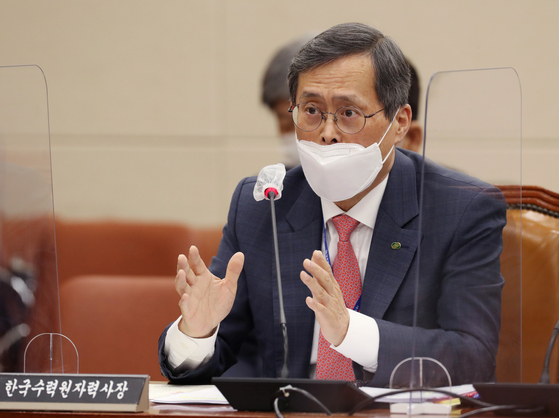 Chung is accused of causing 148.1 billion won ($130.8 million) in losses to the state-run energy corporation by manipulating the economic assessment report at the order of Paik and submitting it to a board meeting in June 2018, leading to the reactor's shutdown.

Chae was charged with abusing his power to influence civil servants and pressuring KHNP to reverse its initial opposition to an early shutdown of the reactor. 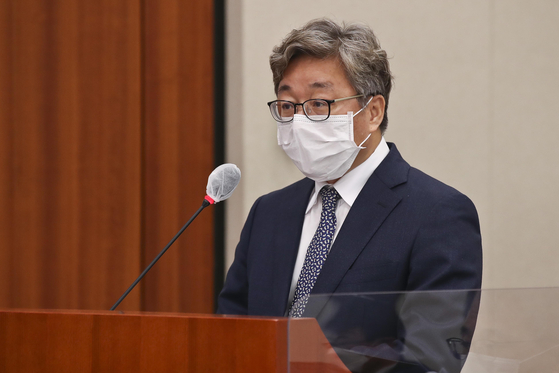 When the possibility of an early shutdown of the Wolsong-1 was first raised in 2017, the KHNP told Chae there was no legal grounds to do so. The state-run nuclear energy corporation also stressed that the reactor's lifespan was designed to end in November 2022, and an early shutdown would cause significant losses to the company.

Chae ignored the KHNP concerns and pressed it to shut the reactor.

While Paik was indicted for abuse of power, prosecutors were blocked by their boss from leveling a more explosive charge. Prosecutors wanted to indict Paik for abetting Chung to commit malfeasance in office, but Prosecutor General Kim Oh-soo stopped them and summoned an outside panel to make a decision.

Prosecutor General Kim, however, ordered an outside panel to review the case and recommend whether the charge should be made against Paik.

Prosecutors criticized Kim for ignoring their decision and accused him to trying to protect the administration.

If Paik is indicted for abetting Chung to commit malfeasance, it could trigger a series of civil suits against the government, seeking compensations for damages caused by the nuclear phase-out policy.

"If Paik is indicted on the malfeasance charge, it becomes possible for raising suits against the government, not just the KHNP," said a lawyer who previously headed a prosecutors office. "It is because the responsibility of the Energy Ministry, which oversees the KHNP, becomes clearer."

The Wolsong I reactor, which started its trial run in November 1982 and commercial operation in April 1983, stopped operating on Nov. 20, 2012, as its designed 30-year lifespan expired. The Park Geun-hye administration decided in 2015 to spend 700 billion won to extend its lifespan through November 2022. The reactor subsequently resumed operation.

After Moon reportedly asked aides on April 2, 2018 when a  decision would be made on Wolsong-1, the KHNP abruptly reversed an operation plan in June 2018, prompting speculation from opposition politicians that it made a political decision to accommodate Moon's nuclear phase-out policy.

The National Assembly asked the BAI in September 2019 to investigate the legitimacy of the shutdown. Despite the request for an audit, the government permanently shut down the reactor on Dec. 24, 2019.