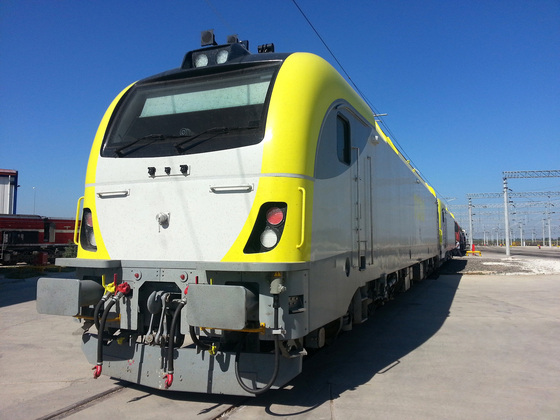 The vehicles will be Tanzania's first electric trains and will be supplied by 2024, according to the company Tuesday.

Hyundai Rotem’s electric vehicles will be used on the 546-kilometer (339-mile) railway running from Dar es Salaam to Makutupora, recently reconstructed during the first two phases of the Tanzania standard gauge railway project.

The deal follows the Tanzanian government’s plan to modernize its railroads, investing 7.9 trillion won ($6.9 billion) to replace its old railway system. Tanzania’s rails were narrower than standard gauges, and trains had to be driven at a slow speed of 30 to 40 kilometers per hour.

With new rails, electric locomotives and EMUs supplied by Hyundai Rotem will run at a maximum speed of 160 kilometers per hour.

“As our products will be Tanzania’s first electric trains, we will do our best to successfully carry out the contract,” said a spokesperson for Hyundai Rotem. “We will try to obtain additional contracts by supplying high-quality vehicles.”