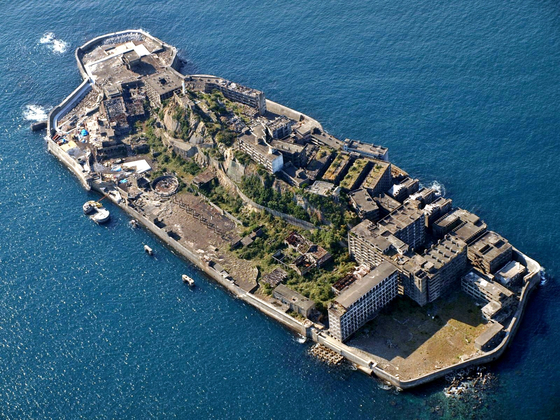 
The Unesco World Heritage Committee on Monday gave Japan a deadline to address the "insufficient" information available about the history of forced labor on Hashima Island.

Hashima Island was recognized as a Unesco World Heritage site in 2015, but visitors were supposed to be told about Koreans forced to work there.

Unesco found fault with an information center set up in Tokyo.

"The information center (IHIC) has been established since 2020, and although it contains a variety of research material relating to the lives of workers, including oral testimonies, the mission has concluded that, to date, there is no display that could be characterised as adequately serving the purpose of remembering the victims," reads a report released by Unesco on Monday.

The report describes an information center established in Tokyo in March 2020 about the 23 sites from the Meiji Industrial Revolution that have been recognized by Unesco as world heritage sites. The sites include Hashima Island, where as many as 800 Korean forced laborers worked during the Pacific War between 1943 and 1945, according to the Korean government.

"The previous government actions to bring large numbers of Koreans and others to work in the industrial sites was explained to the mission during the discussions but is found only in written material within the research centre," reads the Unesco report. "The oral testimonies displayed, which were all related to Hashima Island, convey the message that there were no instances of such people being forced to work there. The mission has therefore concluded that the interpretive measures to allow an understanding of those brought against their will and forced to work are currently insufficient."

The inclusion of Hashima Island, along with 22 other sites dating back to the Meiji era, as Unesco World Heritage sites in 2015 caused controversy in Korea.

In turn, Japan pledged under a World Heritage Committee recommendation to make sure to convey the "full history of each site," adding that it is prepared to take measures to "allow an understanding that there were a large number of Koreans and others who were brought against their will and forced to work under harsh conditions in the 1940s at some of the sites."

This was not what an international monitoring team from Unesco found when they visited the information center in Tokyo in June.
The committee in its recent report said it "strongly regrets" the lack of follow-up action from Japan and asked it to submit by Dec. 1, 2022, updates on the implementation of the committee's recommendations.

Hashima Island, also known as Battleship Island in Korea due to its warship-like appearance, is an abandoned island that was once a thriving coal mining facility off the coast of the southwestern Japanese port city Nagasaki.

Korean forced labor survivors who worked in the Hashima undersea coal mines have testified to working in prison-like conditions over 12 hours a day with little or no pay. Sometimes they were forced to go into underground shafts with little to no clothing. 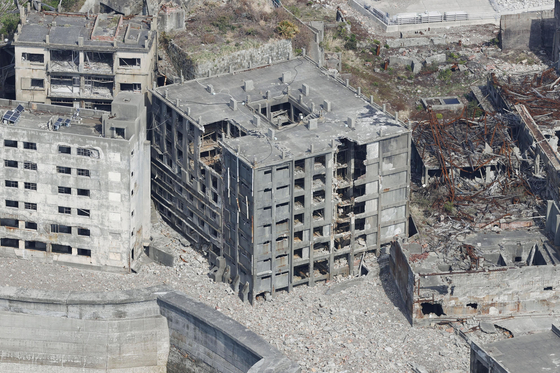 Between 500 and 800 Koreans worked as forced laborers on Hashima Island during the Pacific War, according to a report released in 2012 by the Commission on Verification and Support for Victims of Forced Mobilization under Japanese Colonialism, under the Korean Prime Minister's Office.

The commission found that 122 Koreans were confirmed to have died after being taken to work in coal mines on Hashima Island.

"It is not often that [Unesco] uses words such as 'strongly regrets' in its report," said an official from the Foreign Ministry. "With the recent confirmation [by the committee] that Japan has not been following upon its pledge […] we are hoping that this time, with the warning, Japan will take appropriate measures."

Korea's former Foreign Minister Kang Kyung-wha asked Unesco to consider canceling the inclusion of the site in June 2020 for Japan's failure to deliver on its promise.

"Unesco withdraws inscriptions only when the site has been altered beyond its original state and character that made it worthy of inscription," said a ministry official. "Unesco has informed us that the current issue regarding the sites in Japan is not something that calls for re-evaluation of the inscription decision." 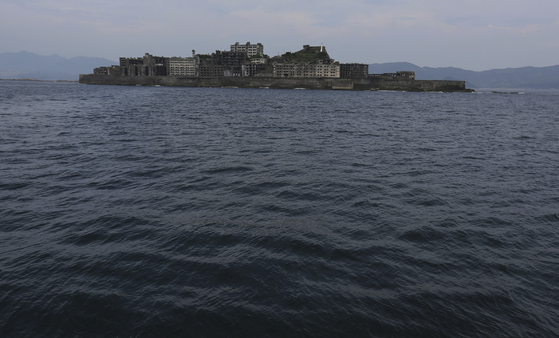