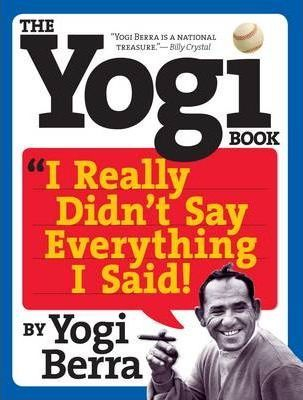 
“It ain’t over till it’s over,” said Yogi Berra, who served as the manager and coach of the New York Mets in the Major League Baseball. In 1973, the Mets were 9.5 games behind the Chicago Cubs and ranked at the bottom of the division. When a reporter asked him whether the season was over, Yogi replied that way. After the New York Mets won the National League East division that year, his saying became widely cited in various fields. U.S. President Ronald Reagan cited it in an official address. In 1991, pop star Lenny Kravitz’s song “It ain’t over till it’s over” was ranked at No. 2 on the Billboard Chart.

The former New York Yankees catcher is known for his famous sayings, as his words extend to life beyond the sport of baseball. The Yogi Book, a collection of his sayings, is still on sale on Amazon, and his sayings are still loved by many, referred to as “Yogisms.”

Yogisms cross borders. His words are often cited by Korean politicians. In a special address in May 2020, President Moon Jae-in said that the disease control was not over till it’s over. “We must remain alert and not let our guard down,” he said.

But as the fourth wave of the pandemic has begun, Moon’s saying has become nothing but a monologue.

Looking back on his perception of reality, Covid-19 is a distant story. In a luncheon with the heads of other branches of the government at the Blue House last month, Moon praised the outcome of disease control as other countries have a high regard for Korea’s success in disease control and economic ability amid the pandemic. The Blue House and the ruling party are pushing for a second supplementary budget to boost consumption. How about the Central Disaster and Safety Countermeasures Headquarters that pushed for easing distancing measures despite the arrival of the Delta variant?

The time has come to get the Yogi Book off of the shelf. Yogi said, “You can’t think and hit at the same time.” We must stop the fantasy that we can successfully control the disease and simultaneously boost consumption.