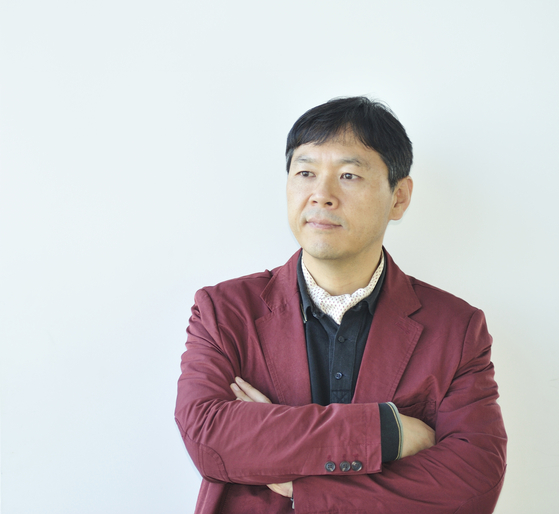 
Korean literature is defined by the prejudice Korean literary experts have to fight to break, according to the new president of the Literature Translation Institute of Korea Kwak Hyo-hwan. In addition, the scope of what constitutes literature needs to be expanded to not only include novels and poems but also more modern creative writing such as webtoons.

“We need to evolve from thinking too much about genres of literary works — literature is art created with text in the larger context,” Kwak said during an interview with the Korea JoongAng Daily on Tuesday. “Then, anything written in Korean can be categorized in the range of Korean literature and that’s the dynamic environment Korean literature is put in with more Koreans having lived abroad and more expats making a life here.”

Given that the agency has expertise in translation in many different languages besides just English, one of the first things Kwak did in his new role was to sign a memorandum of understanding with Kakao Entertainment in June. The move is aimed at offering assistance to the company with translating some of its content, including popular webtoons, into lesser used languages.

To make the spread of hallyu, or Korean wave, more sustainable, Kwak plans to establish a school that offers master-degree programs in the translation of creative works to foster professional translators. He thinks a school with a degree program is essential to ensure the spread of Korean literature.


Q. Why is it important to establish a school that offers a master’s degree program?


A. For now, the only jobs the graduates of the translation academy we run can get are as agents at a publishing company in their home country or as translators. About 80 to 90 percent of the students we have are foreign nationals. We want them to find jobs in other governmental or academic areas so that they can encourage the spread of a variety of Korean culture in their home countries rather than just settle with translating text. We want them to become the authorities who can share what they have learned and studied about Korea and Korean culture. What they have to say [in their home countries] is much more powerful than what we have to say. We want those who studied in Korea to become cultural leaders in their home countries. It is a way for us to set up cultural infrastructure. This new academy isn’t to compete with local college in Korea with degree programs in literature. We currently offer seven languages — English, French, German, Spanish, Russian, Chinese and Japanese. And when necessary, we do translate to other languages like Arabic, Portuguese and Vietnamese. Whenever there is a demand, we try to be more resilient to respond to such demand. What we need is easy-to-update programs and that’s what we are trying to do with the academy.


Is the aim to just foster foreign talents who can have a better understanding of Korean language and writing?


No. We want to train people that are skillful in Korean and another languages no matter where they are from. There are now many Koreans who have a high-level of understanding of language and culture of foreign countries as well. In other countries, there are certain translators who only translate the work of one author, and even all their media interviews. Such professionals understand the meaning between the lines of that one writer and reflect those in their translations. We need those people.


Are you thinking about setting up an online program as well?


It might not be completely possible to do all the coursework online, but we are thinking about running a preliminary program before entering regular sessions. We have actually asked outside experts to conduct research on this idea for us. We might have potential students take an online course for about a year to get the basics, so that their studies and research in Korea can proceed in a smoother manner.


Do you think creative writing is something that could become endangered?


In the middle of the 20th century, it was said that movies could replace novels all together. It didn’t mean that novels became obsolete, they just handed their function as a form of entertainment over to films. No one knows how different types of literature will come to the forefront in this century, but we are trying to remain open minded for any possibilities. It doesn’t mean that we are going to give up on what we used to do, such as translating classic writing pieces, and do something completely different. We just, as an institute, need to be more resilient and respond better to any changes in the creative world.


Aren't many webtoons already being translated? How will the agency add to this industry?


The positive response from the overseas markets for webtoons is much more than what Kakao had expected to see. Yet there aren’t many experts who can translate their content into many different languages that aren't as widely used as English. The Korean wave isn’t just happening in more developed countries. It sometimes hits regions we wouldn't have expected. That’s why we need to have quality translations for those who speak languages that are not so widespread.


Why do you think Korea was a little late in spreading its creative writing to the world compared to its music and movies?

Going back to the 1990s, Korea focused more on translating novels that centered on the Korean War and those were then considered the classic style of Korean novels. When I suggested such works to publishers overseas when I worked with The Daesan Foundation (a private institute that publishes and translates books), I was asked whether Koreans would continue reading novels from Europe if almost everything translated was something that revolved around World War II. I think they were tired of getting the books on similar subjects over and over again.


Subjects writers choose have definitely diversified since the 2000s. And the writers also consider readers outside their mother countries too. They include factors that the global community can easily sympathize with.


How can we better spread Korean literature?


We should never get too comfortable with the ongoing success of the Korean wave. As much as we want to spread what’s ours, we also need to be more open minded to take in what’s others’. The goal is not to make things happen fast. The goal is to make anything and everything sustainable. Having a Korean writer who wins a Nobel Prize in literature isn't our goal. It will be just one feat we might want to achieve in the course of making the Korean context part of the international context. I think we will continue to see more Korean writers winning international awards in the future. Of course having one or a few get the spotlight is also important, but with more writers working on the international scene, we want global readers to see the big picture of what Korean literature is.