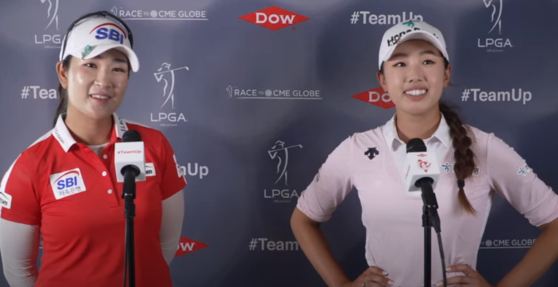 Kim and Noh finished at 19 under par, 261, trailing behind Cydney Clanton and Jasmine Suwannapura in second place at 21 under and the Jutanugarn sisters in first at 24 under.

The tournament, unlike other LPGA events, was played as a 72-hole, stroke-play team event with teams comprising of two players.

The first and third rounds were played with the two golfers using the same ball to take alternate shots, and the second and final rounds were played in a best-ball format where the two players played their own ball, with the better score becoming the team’s score.