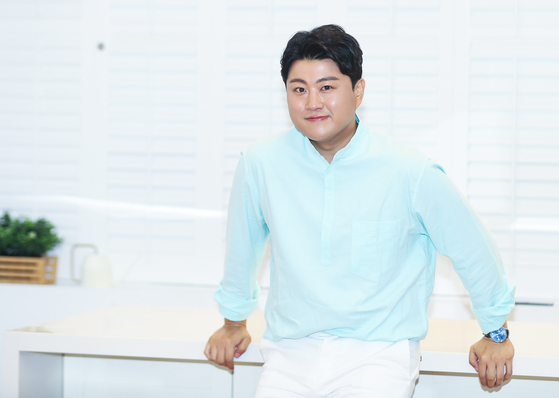 
Trot singer Kim Ho-joong is being investigated on allegations of battery, the police said on Tuesday.

According to Seoul Gangnam Police Station, Kim was allegedly involved in a fight with two construction company officials in front of his Cheongdam-dong, southern Seoul house on Monday night. The two officials claimed to be lienholders of Kim's home and attempted to stop him from entering.

“By the time police officers arrived on the scene, Mr. Kim had already gone back inside his house,” said the police. “We are planning to investigate Mr. Kim and the construction company officials for battery.”

Kim’s agency Think Entertainment issued an official statement on Tuesday, claiming that the interaction was simply a “verbal altercation” and ended with both sides reconciling in the presence of police officers who responded to calls from neighbors.

“Unlike some news reports claim, there was no physical violence from either side,” said the agency. “We are deeply sorry that we caused concern for Kim’s fans, and we ask people to refrain from speculative reporting or slander.”

Singer Kim Jae-joong will begin tour of Asia in September