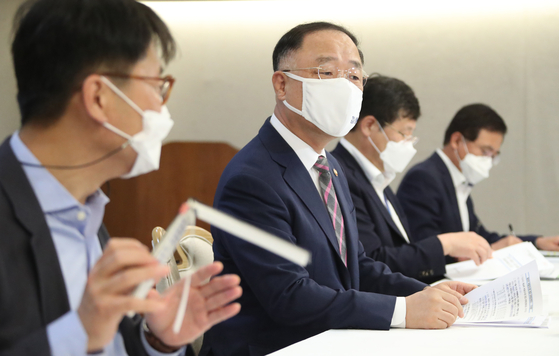 The government patted itself on the back for three tenant reform laws, saying many more people renewed rental agreements in the year they've been in force.

According to the Ministry of Land, Infrastructure and Transport, 77.7 percent of rent contracts in Seoul were renewed between August 2020 and May. That’s significantly higher than 57.2 percent between September 2019 and August 2020, the month after the laws were passed.

The only exception for automatic renewals of jeonse contracts is when a landlord wants to occupy the apartment in question.

Thanks to the tenant protection laws, the government estimated that the average number of years in which a tenant resides in an apartment will rise to five years, up 3.5 years earlier.

“Since the mandatory reporting of rent contract was implemented on June 1, transparency in the rental market has improved as it has become possible to track new or renewed contracts and how much rents have been raised,” Finance Minister Hong Nam-ki said during a government meeting Wednesday. “We expect [the changes] will help improve negotiations between landlords and tenants.”

Hong stressed that while there were concerns that the new laws may reduce the number of jeonse apartments available to rent, in Seoul the number of contracts signed increased.

From January to May, 171,000 jeonse contracts were signed in Seoul compared to a 148,000 average for those months over the last five years.

Hong warned that the real estate price bubble will pop in the next couple of years and said the government will continue to monitor any illegal acts that prop up prices.

“For the first time we have detected actual cases of apartment price manipulation through false reporting,” Hong said.

Some realtors are allegedly trying to manipulate the market by reporting sales at high prices, and then cancelling them immediately. Their hope is that that will boost offers for apartment.

Hong said analysts and the Bank of Korea are warning of an asset bubble, and if the market falls, many will be hurt, including people who aggressively borrowed to buy apartments.

Once the central bank starts raising interest rates, he said, that will pose another risk to borrowers.


On June 23, Hong told lawmakers at the National Assembly that experts predict a sharp drop in real estate prices in 2023.

He later asked the public to be rational and use accurate information in investment decisions. 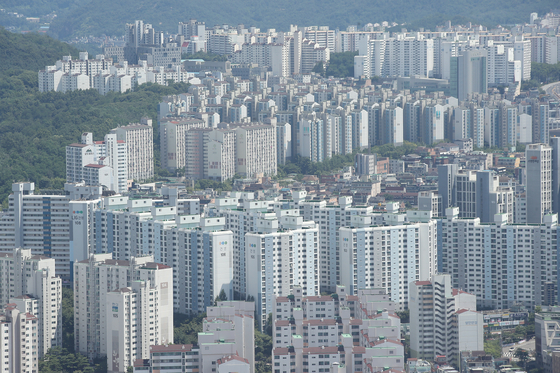 View of apartments in Seoul. [YONHAP]


But real estate prices as well as jeonse rent show little signs of cooling off.

According to the Korea Real Estate Board, residential real estate prices in Seoul in June rose 0.49 percent compared to the previous month. That’s faster than the 0.4 percent month-on-month in May.

Jeonse prices increased 0.36 percent in June compared to May. In May the monthly increase in jeonse prices was 0.18 percent.