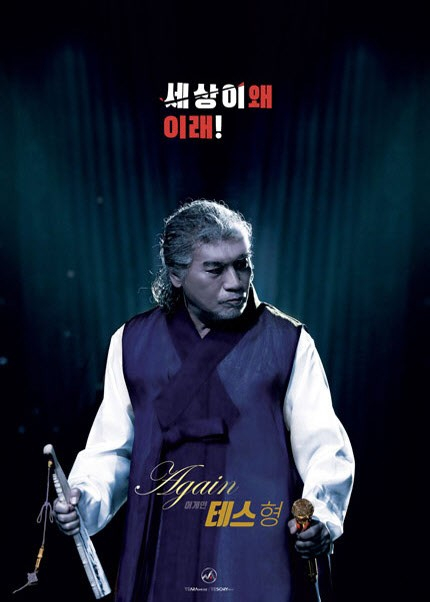 
Trot singer Na Hoon-a’s upcoming Busan concert, which was scheduled to be held from July 23 to 25, has been canceled.

The decision is in accordance with an announcement from the Central Disaster and Safety Countermeasures Headquarters on Wednesday, which prohibited nearly all venues across the nation from holding concerts between July 22 and Aug. 1, following an increase in the number of Covid-19 cases.

Na’s Busan concert has been at the center of controversy as the 74-year-old singer has been pushing ahead with his tour amid the pandemic. Na held a three-day concert in Daegu from July 16 to 18, attracting about 24,000 people, while other musicians have been voluntarily canceling or postponing their concerts. On Tuesday, a day before the ban, Busan citizens had fiercely criticized Na for not canceling his upcoming concert despite the increase in number of Covid-19 cases in Busan.

Shin Dae-chul, a member of heavy metal band Sinawe, publicly slammed Na early Wednesday. He wrote on his Facebook page that many young artists who are struggling during the Covid-19 are voluntarily canceling their scheduled concerts for the safety of the public.

“I envy you ‘Brother Tes,” Shin wrote. (Tes is Na’s recently earned nickname.) “Many young artists are even canceling their concerts that only attract few dozen people.

“Socrates once said, ‘In childhood be modest, in youth temperate, in adulthood just, and in old age prudent.’ How about trying to control yourself for once?” Shin added.

Shin’s reference to Socrates is satire based on Na’s song, “Brother Tes!”(translated), in which “Tes” is a nickname for Socrates.

Although Na’s agency has not yet officially canceled the Busan concert, a fine will be imposed if the concert goes ahead.