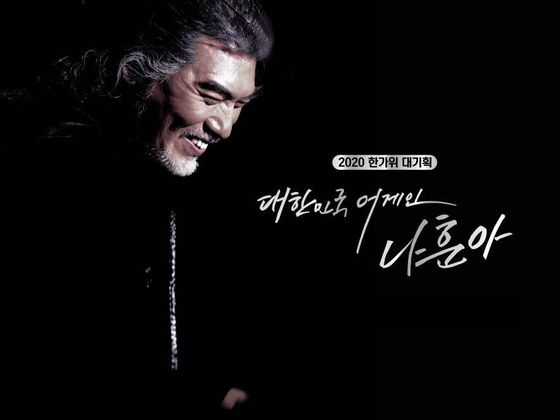 
KBS 2TV’s “The Return of a Legend — Na Hoon-a’s Contactless Concert” which aired last year during the Chuseok holidays won the silver award in the entertainment section at the 42nd annual Telly Awards, the broadcaster announced Thursday.

The 74-year-old trot singer saw huge popularity after his appearance on the program, with his songs topping the local music charts. Many say they were comforted by they show in the midst of the ongoing pandemic.

“It is an honor that the program which provided a huge comfort to the viewers was recognized on a global stage,” producer Song Joon-young said in a statement through the broadcaster.

The Telly Awards was established in 1979 in New York and recognizes television content. It receives over 12,000 applicants — mostly from television networks, film production studios and commercial studios — worldwide every year. More than 200 judges, considered to be experts in each catergory, participate in the selection of winners who are deemed to fit the award's slogan of “Your Stories Defy The Limits.”