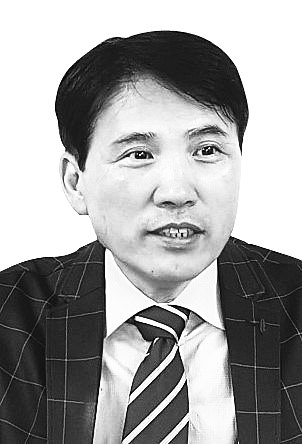 Jhe Seong-ho
The author is a professor at the Chung-Ang University Law School.


The Social Dialogue for Peace and Unification Building of Korea (Sdpub), a bipartisan civic group, has hosted conventions to adopt a national consensus on the unification of the Korean Peninsula eight times in the past year. The national agreement on unification is a kind of “social pact” to be agreed to — and consistently executed — by members of society, the National Assembly and the government to help peacefully address South-North and South-South conflicts and eventually present a desirable vision for a reunified Korea. 100 citizens carefully selected by the Sdpub and representing each region had many discussions on how to achieve the hoped-for future of the peninsula and came up with a civic covenant.

The concept of social dialogue is not so familiar to Koreans. But in Europe, there are many successful cases, as seen in the Wage-Price Agreements in postwar Austria (1951), the Beutelsbacher Konsens in West Germany (1976), the Wassenaar Accord between employers and unions in the Netherlands (1982), and the Citizens’ Assembly, an experimental tool for policy making in Ireland (since 2016).

But in Korea, the unification issue has contentious. As a result, society suffered a critical lack of constructive discussions and agreements beyond ideological and generational divides, Stuck in the ideological cage, people were reluctant to meet and talk with their opponents. Even in the liberal Moon Jae-in administration, secrecy and unilateralism hardly vanished.

But unification is directly linked to our lives. The government must not treat citizens simply as subjects for policy promotion anymore. In this vein, it is particularly meaningful to apply the tool of social dialogue to issues involving unification and inter-Korean relations. First of all, the venue of social dialogue offers an effective platform for the government to provide an opportunity for the public to participate in the debate and converge their differences into a national consensus. The dialogue not only can contribute to building national capabilities to achieve unification but also help ensure democratic justification for policy toward North Korea and reunification.

After taking part in the social dialogue, many citizens demonstrated positive reactions to the debate. Some said they have come to respect one another after tasting sharp logic from the young.

Others said, “We have found that many of us had the same thought about the unification conundrum.” Their reactions prove the efficacy of social dialogue in resolving an increasingly divergent perception of the people.

Drawing a social consensus is not about reaching a conclusion no matter what. The procedure and process of agreement should be fair and transparent to reflect a consensus among participants. Most of all, the organizer must help them avoid their ideological bias for a constructive dialogue. At the same time, the civic society must do its best to systemize the social dialogue, expand the scope of civilian participation, set an exemplary model for reaching a civic agreement, and persuade the government to reflect the consensus in public education on unification.

It is essential that conclusions reached by the social dialogue should be reflected in the law and systems of our society. Above all, the organizer must help create an environment for building national consensus. That calls for active participation by the National Assembly and local municipalities along with the preparation of a concrete manual to help the consensus be reflected in the unification policy of the government.

The civic society, government and legislature must gather more wisdom and abilities than before to pave the way for social dialogue on peace and unification of the Korean Peninsula in the future. That will surely help the country take a step closer toward the goals of achieving freedom, democracy and peace on the peninsula.