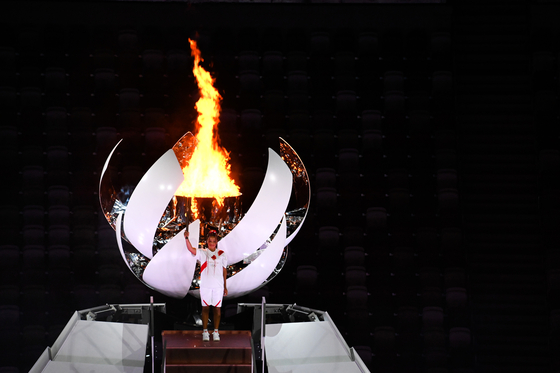 KIM HYUN-YE
The author is the head of the P Team of the JoongAng Ilbo.


For athletes who need to gather all their strength before a match, eating is a kind of a sacred ritual. Before the short track event in Beijing in December 1996, the Korean team received a peculiar order from its coach. They were told not to eat egg fried rice. The coach banned some food that is associated with “slipping” like bananas and seaweed or “breaking” like an egg.

In the days when food was not abundant, some athletes requested unique meals. Sohn Kee-chung, Korea’s marathon gold medalist at the Berlin Olympics in 1936, insisted on having salted fermented shrimp and whole fried chicken when he trained runners to make sure they got sufficient salt and protein. Nam Seung-ryong, who won the bronze medal in the same event, loved sticky rice cake. Nam had to have rice cake on the day of the event. He once lamented that he finished third because he did not eat rice cake in time.

Food is a common concern for athletes around the world. During the Atlanta Olympics in 1996, the head coach of the Chinese weightlifting team was upset because the Athlete Village menu did not include Chinese cuisine. The coach told the media that he knew it would happen and had prepared a sufficient supply of his hidden weapon — instant noodles.

Once again, there is talk about food at the Olympics. After the Korean team set up a meal service center near the Tokyo Olympic Village, some Japanese protested that it was “an act trampling the hearts of Fukushima residents,” as the region, which suffered a nuclear accident, was supplying the ingredients. But the opposition was meaningless after U.S. athletes also procured their own food.

The opening ceremony of the 2020 Tokyo Olympics was held on the night of July 23. The Olympic flame is burning after the Games have been postponed by a year due to Covid-19. Athletes who trained with blood and sweat are competing without the cheers from audiences. Because of the concerns of infection, medalists have to wear medals on their own and cannot take a group photo at the award ceremony. They cannot even high-five or shake hands with other competitors.

Moreover, the spread of the virus variant is so rampant that “cancellation midway” is being mentioned. Nothing is easy on the athletes. As the drama has begun, you are champions already.