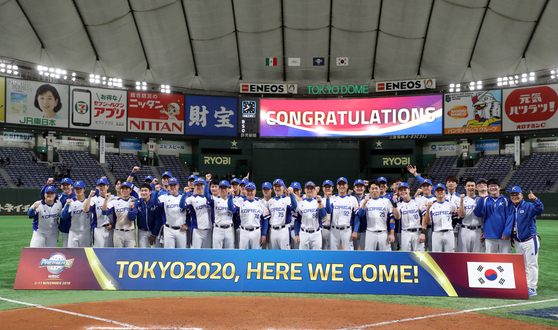 
The Tokyo Olympic baseball qualifiers schedule is finally out.

The World Baseball Softball Confederation (WBSC) has announced the timing and locations of the two remaining baseball qualifiers for the upcoming Tokyo Olympic Games.

A total of six nations will participate in the competition at the Tokyo Games, including Japan, South Korea, Israel and Mexico, who have already qualified for the Olympic baseball tournament.

South Korea, led by manager Kim Kyung-moon, finished runner-up in the 2019 WBSC Premier12 and won the qualification for the top team in Asia and Oceania.

Eight nations are set to compete in the Americas Qualifier in Florida — with exact dates and venues to be confirmed — and the first place team will earn a spot in Tokyo.

The final Olympic berth will go to the winner of the Final Qualifier, scheduled from 16 to 20 June in Taichung, Taiwan.

The participating teams are Chinese Taipei, Australia, Netherlands, China and the second- and third-place teams from the WBSC Baseball Americas Qualifier.