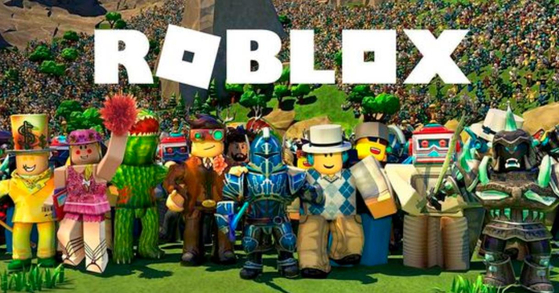 
Tesla and Apple have long been the most popular foreign stocks for Korean investors — but not anymore.

Between July 1 and July 23, Korean investors purchased a net $86.54 million worth of shares of Alphabet, which owns Google, making it the most popular foreign stock, according to data from the Korea Securities Depository.

The second most popular was Roblox, a California-based online game developer, of which Koreans purchased a net $75.95 million.

The rise of the metaverse drove its popularity. Roblox allows users to develop their own mini-games, share them with others and change the in-game currency, Robux, into real money. The allowing of users to build their own worlds and make real money has made it a hot metaverse platform.

“My elementary school daughter always logs into Roblox and plays games there, and meet her friends online,” says Mr. Choi, a 47-year-old who recently invested 20 million won ($17,400) in Roblox shares. “I decided to make the investment because it feels like the virtual world is really coming close to human reality.”

Major IT shares were also popular. Amazon ranked third as Koreans bought a net $74.35 million, followed by Microsoft's $62.95 million worth in net purchases and Facebook's $59.74 million worth. 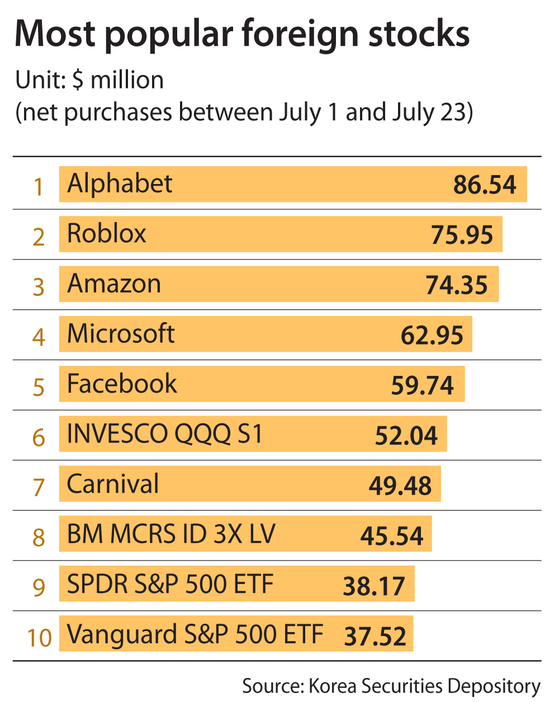 Tesla and Apple have dropped off investors' shopping lists. Tesla was the most popular foreign stock among Koreans during the first half of the year. Investors purchased a net $1.715 billion worth of shares during the January-to-June period.

This means Korean investors who purchased Tesla shares earlier the year have lost some money. Tesla, which traded at $729.77 per share on Jan. 4, is now trading at below $644, down about 12 percent. It once surpassed the $880-mark on Jan. 25.

Exchange traded funds (ETFs) were also popular choices by investors based on their analysis that U.S. indexes would increase further for a while.

Analysts are warning Korean investors to be more cautious about foreign stocks. Many investors tend to buy when prices are already very high, they say.

“It is true that many U.S. stocks have increased in price in a short time this year. But it was not easy to predict when is the right time to buy,” said Seo Sang-young, an analyst at Mirae Asset Securities. “In that case, ETFs that allow people to invest in many different stocks can be a good alternative to just investing in a company.”

Cho Jae-young, the vice president of Wealthedu, a consulting firm based in Seoul, agrees with Seo.

“It is necessary for Korean investors to make long-term investment in companies that earn money continuously, instead of just chasing high returns and mixing up their portfolios in the short run,” said Cho.