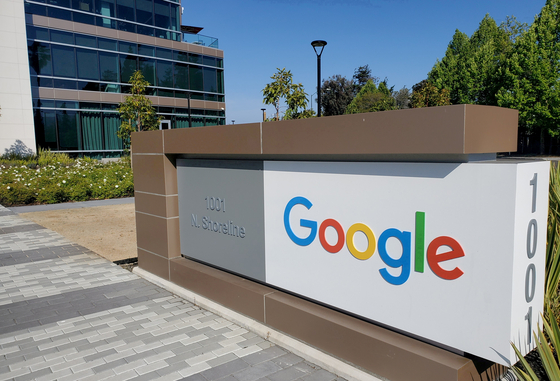 A sign is pictured outside a Google office near the company's headquarters in Mountain View, California, U.S.[REUTERS]


The Korea Communications Commission (KCC) swatted down proposals by Google and Apple for how they intend to comply with the so-called Anti-Google law, and told the companies to try again.

The KCC said Sunday that the initial proposals, filed following the implementation of a revised Telecommunications Business Act last month, failed to fulfill the objectives of the new law -- specifically to keep app market operators from forcing developers to use their payment systems.

“The KCC recently received proposals for how the app stores will abide by the law, but we plan to ask for resubmissions given that they failed to accomplish the purpose of the law,” the regulator said in a statement.

Unless any viable plan is set, it says, the regulator will “make a stern response.”

The KCC also plans to launch a probe into whether or how Google and Apple pressured app developers to use their billing systems for in-app purchases.

It will host a meeting this week with associations representing start-ups and gaming outlets to hear their views on billing systems.

The participants will include the Korea Startup Forum, Korea Association of Game Industry and Korea Mobile Game Association.

The associations will be asked about any trouble experienced by their members because of the app stores' delayed responses to Korea's new law.

Under the new law, app users are allowed to use payment systems of their choosing for in-app purchases, and app operators will not be required to pay the app market operators commissions.

The so-called Anti-Google bill originally included measures that were taken out after a review by the judiciary committee, such as prohibiting app market stores from forcing developers to register their work only on their platforms, because the Fair Trade Commission already has similar regulations.

Neither the KCC nor the American companies revealed details of the proposals that were submitted. The companies have argued for maintaining commissions and vowed to find alternative ways to keep the current billing system.

The Anti-Google bill was passed as a response to Google’s announcement that it would start mandating the use of its own in-app billing system by all apps and collect up to 30 percent of the billed amounts as commissions.