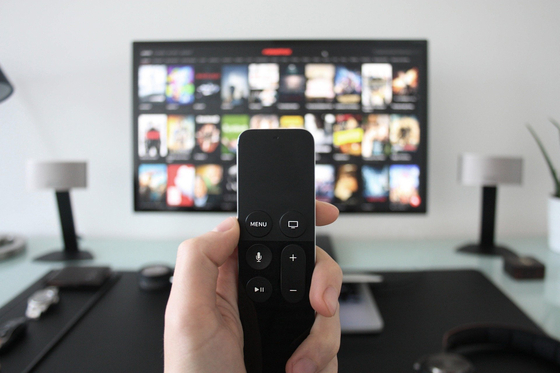 A viewer uses an IPTV. [PIXABAY]


While watching an MBC program on IPTV, a die-hard sports fan is shown an ad for sports equipment during the commercial break. A trend-conscious neighbor watching the same program will see an ad for a new clothing line.

These are known as addressable TV ads, and Koreans will be seeing more of them in the near future.

Addressable television advertisements have been delivered since last month during MBC streams from the IPTV channels of KT, LG U+ and SK Broadband. They are the first addressable ads shown on non-cable TV channels and follow an agreement between the broadband companies, MBC and Korea Broadcast Advertising Corporation (Kobaco).

Addressable advertisements are the television version of Google’s personalized ads. Household set-top box data such as preferred channels and programs are analyzed to segment audiences and show different ads tailored to each group, even though they’re watching the same TV program. Showing advertisements that fit to people’s interests is expected to reduce the zapping effect — viewer behavior of immediately switching to another channel when the commercial break starts.

“We expect that our IPTV data and mobile data from IGA Works will accurately draw out the correlation between advertisement engagement and viewer behavior,” said a spokesperson for KT.

As the market develops, companies plan to expand their scope of data collection. Not only will individual viewing history and search history be taken into consideration when segmenting viewers, but also data collected from laptops and smartphones connected to WiFi from the carrier’s router will be analyzed.

For big name companies with many business units, addressable ads will allow them to advertise a variety of products to the right customers. If Samsung Electronics is the advertiser for a specific time slot, the IPTV will show a Galaxy smartphone commercial for people in their 20s and 30s, considered to be tech savvy. People in their 40s and 50s, interested in home appliances, will see an ad for the electronics maker's household appliance line Bespoke.

Companies expect targeted ads to revive the TV advertisement market, overshadowed by social media platforms and other digital platforms dominating advertising. More advertisers will be pulled in as more advertisements are better targeted to satisfy interests of different viewer groups.

However, the question about the quality of the ads remains. Online websites and YouTube are often called out for showing advertisements that are R-rated or hosting commercials for companies engaged in fraud.

“The addressable ad market will start generating notable profits starting next year at the earliest,” said a spokesperson for one of the IPTV providers. “The key is for the market to develop in a way that is beneficial for both the advertiser and viewers.”