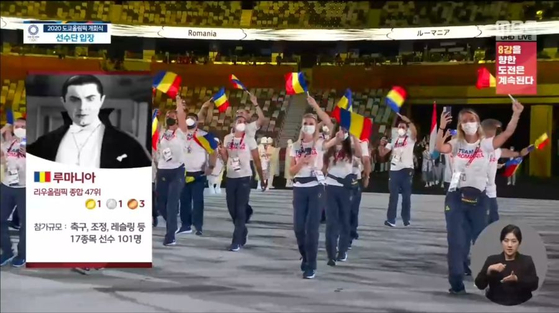 
The president of major broadcaster MBC was forced to bow in apology for coverage of last Friday's Olympics opening ceremony, in which the teams were introduced with stereotyped descriptions of their home countries. Italy was described as the home of pizza, Romania the home of Dracula.

Major broadcaster SBS is facing similar flak for promotional videos advertising its coverage of the Olympics in the capital of Japan, which ruled Korea as a colony from 1910 to 1945. The ads used imagery from the Korean independence movement, with dramatic scenes meant to stir up anti-Japanese sentiment.

The criticism is coming from both abroad and at home. Analysts are saying these weren't one-time flubs, but reflections of some less salubrious parts of the Korean psyche: a lack of cultural sensitivity, twisted nationalism and a shallow view of the outside world. 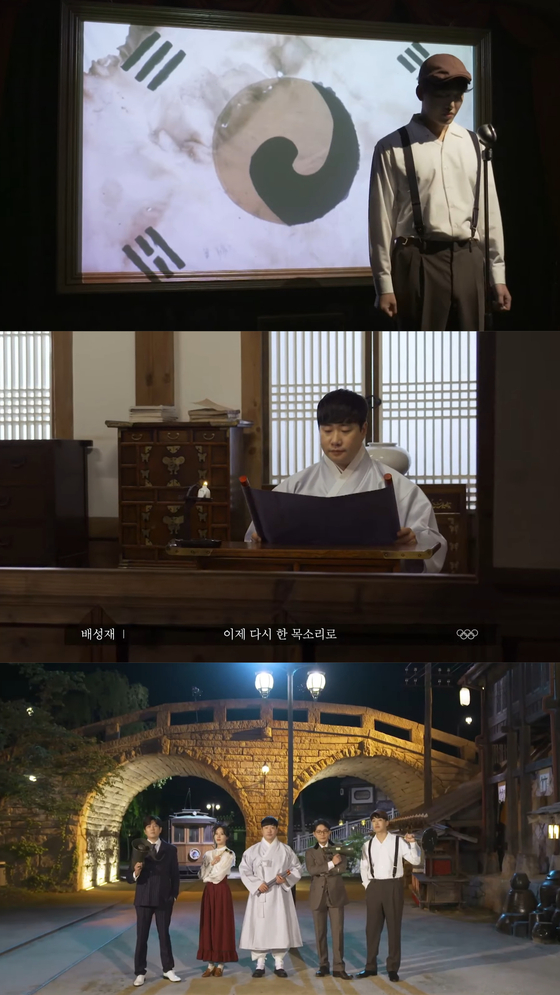 
“Korean society is very nationalist, and it’s often the distorted, closed-minded and arrogant type of nationalism,” Shin Kak-soo, who served as the Korean ambassador to Japan from 2011 to 2013, told the Korea JoongAng Daily.

“It’s an anti-global attitude which manifests as ignorance toward most other countries, as seen in the MBC fiasco, and as extreme hostility toward Japan.”

MBC selected a list of images to represent each country as national teams entered the ceremony, and the selections ranged from silly to offensive.

The worst was considered an image of the 1986 Chernobyl disaster, the most devastating nuclear accident in history, to represent Ukraine. 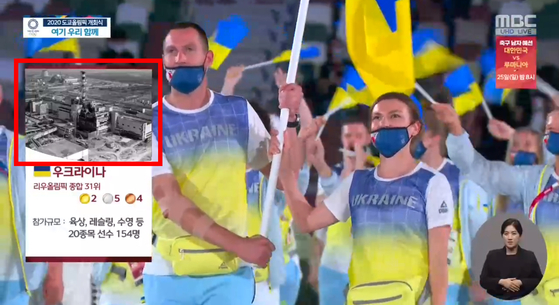 MBC selected an image of the 1986 Chernobyl disaster, the worst nuclear accident in history, to represent Ukraine. [SCREEN CAPTURE]


“I don’t think there’s a single country which wants to be ‘represented’ as being most famous for a nuclear accident,” said Liza, a Ukrainian who has lived in Korea for six years. “A broadcaster should think about how they are labeling a country.”

“I wonder what image they used for my country,” said Kevin Bustamante, a Brazilian attending university in Seoul. “Perhaps the police fighting drug gangs?”

“It looks like they went down a list of countries and said out loud the first words that came to their minds — and ended the process there,” said Jang Sung-kwan, a diversity and inclusion activist and a fellow at the Boston University Center for Antiracist Research. 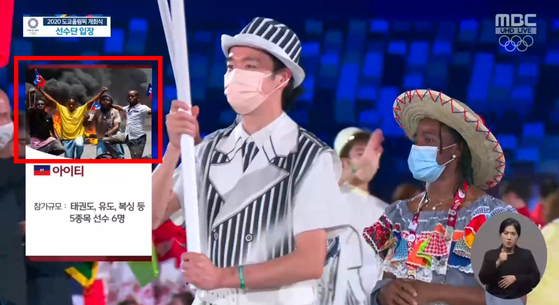 Haiti was introduced with a scene from a riot and captions explaining that its president was recently assassinated. [SCREEN CAPTURE]


The Haitian team was introduced with a photograph of a riot and captions explaining that its president was recently assassinated. Palestine was represented with an image of Israel's West Bank barrier.

“[MBC’s images and captions] were superficial information; something you would cram the night before a test,” Jang continued. “That creates a false sense that those stereotypes and superficial statistics are enough to understand a certain country. It strengthens existing stereotypes and dismisses the diversity within each culture.”

When MBC's coverage started getting jeers from both the domestic and international media, the network issued official apologies both in Korean and English on Saturday, and sent apology letters to the Ukrainian and Romanian embassies on Monday. 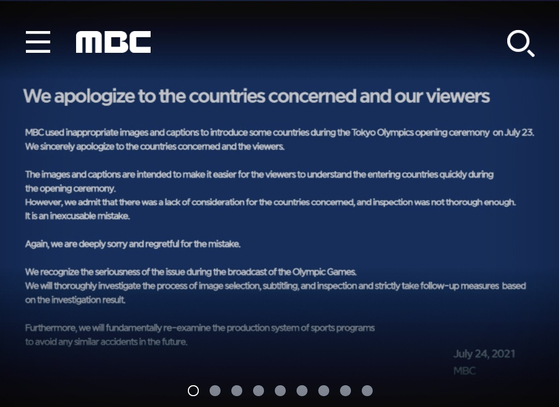 MBC issued official apologies both in Korean and English on Saturday. The apologies are on the front page of MBC’s website as of Tuesday. [SCREEN CAPTURE]

But the controversy isn't cooling down. Online commenters questioned how Koreans would feel if their country was introduced with an image of the 2014 Sewol ferry disaster.

“Although I’d like to think there was no malicious intent, intent and impact are two different things — especially from a prominent media outlet,” said Jang. “Broadcasters can reinforce stereotypes and misunderstandings that the general public has. They bear a lot of responsibilities and should be held to a higher standard.” 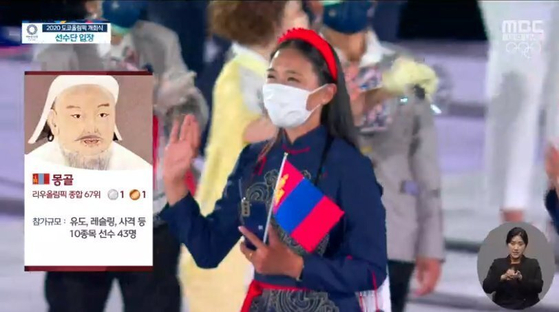 Mongolia was represented by a portrait of Genghis Khan. [SCREEN CAPTURE]


Some images were not offensive per se, such as a portrait of Genghis Khan representing Mongolia. But Indranil Nyamdavaa, a Mongolian marketing manager working in Seoul, said even that was based on superficial stereotypes of a country.

“My country and I are very proud of Genghis Khan,” said Nyamdavaa. “But there’s more about Mongolia that could’ve been presented. A photo of our capital Ulaanbaatar or our horse-riding culture would have represented us better. I guess Koreans simply don’t know much else about Mongolia. It could’ve been worse; I mean, Chernobyl for Ukraine? Were they out of their minds?”

Some of MBC's images were not necessarily offensive but still stereotyping, symbolizing Mexico with tacos and Norway with salmon. Jang said MBC's shallow takes on other countries stemmed from Korea’s overall lack of cultural awareness, an insensitivity not unique to Korea.

“The inside group can always afford to not know about minority cultures, and that’s applicable on the global scale,” he said.

“MBC’s insensitivity reflects the shortcomings of Korean society, but the same goes for Western societies; the privileged are not so interested in or knowledgeable of minorities. When there’s a lack of proper understanding and interest, people jump to the stereotype they know; whatever stands out most, whether it’s funny or inflammatory.” 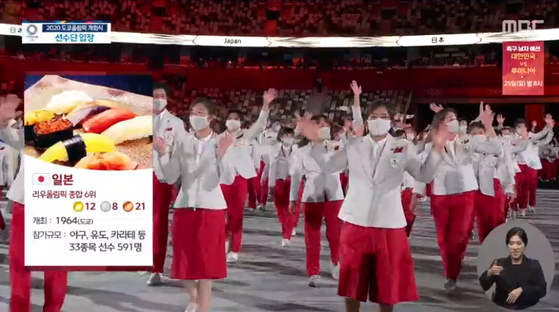 
Seika, a Japanese woman in Tokyo who briefly lived in Korea, shared her thoughts on MBC representing Japan with an image of sushi.

“I wasn’t too offended because Japanese people would represent ourselves with sushi anyway,” she said. “Some may view it as oversimplification, but I think sushi is better than the president’s assassination being the highlight of your country.”

However, Seika commented on a branch of Korean online culture that refers to non-Koreans, especially women, with slang based on their stereotypical food, such as “sushi girl” for Japanese women or “curry girl” for Indian women.

“I do feel taken aback when my country and culture are reduced into a one-dimensional stereotype,” she said.

“But I understand that people from a racially and culturally homogenous country tend to generalize foreigners. Japan has the same issue, and other countries do too. A grandma of my American friend once asked me, ‘So where in China is Tokyo?’ I guess people only realize how offensive it is once they get generalized themselves.” 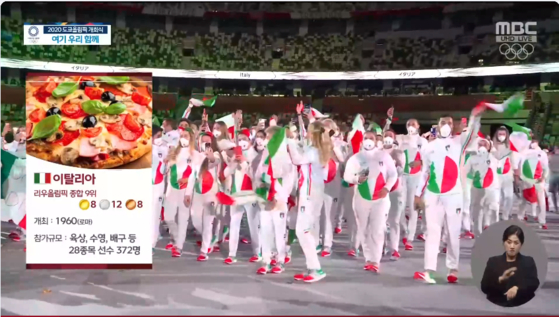 
“It’s shocking how much effort MBC put into looking for the most stereotypical picture,” said Kim Seung-hwan, a Korean studying for a Master's degree in Texas. "I can't believe no one there realized it’s inappropriate." What surprised him the most was the other details MBC gave for each country: population size, land area, and even vaccination rate for Covid-19.

“And why was it necessary to list each country’s previous Olympics ranking and gross domestic product? I think it shows how much Korean society is obsessed with comparison and competition, to the point that we must rank every country and judge whether they’re ‘better’ or ‘lesser’ than us.” 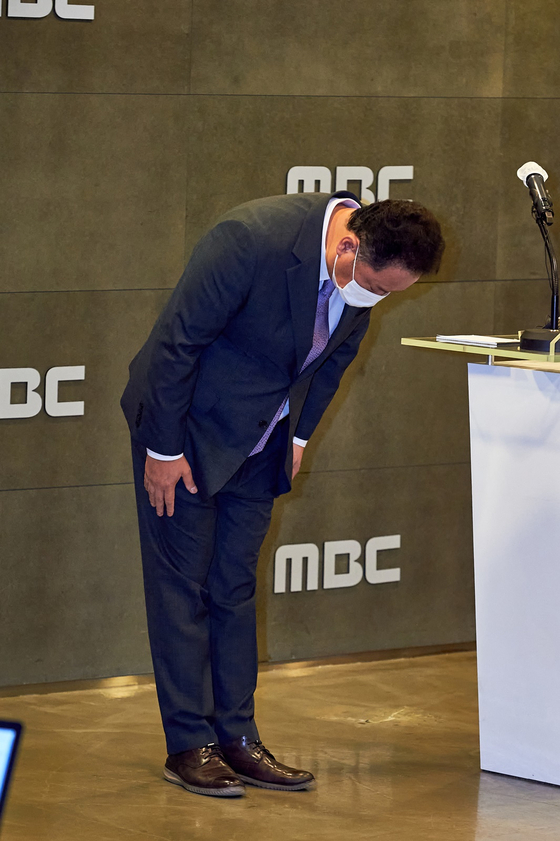 
Korea’s competition mentality becomes especially strong when it comes to Japan, according to former ambassador Shin.

“The Korean media in general are depicting the Tokyo Olympics in a negative light,” Shin said. “But the Olympics are a festival of the world. This time, it’s happening in the midst of a global pandemic, and our neighboring country is hosting it. Can’t we just celebrate that with a warm heart? That’s the proper attitude as mature cosmopolitans.

“We can have pride in our own culture without degrading Japan. Korean culture is loved all around the world, and Korea is now the world’s 10th largest economy. We should have dignity that matches our international status, and view the outside world with an open mindset.” 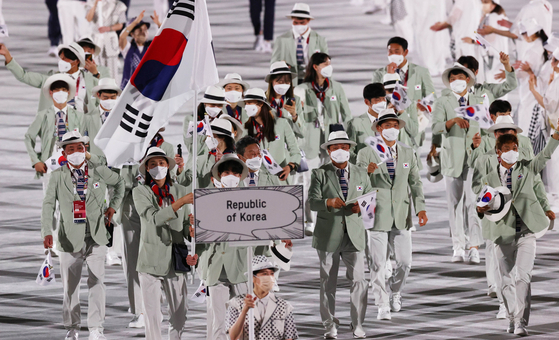 
Despite the international embarrassment, Jang says there is a takeaway.

“It’s noteworthy that this time there is widespread awareness and criticism among Koreans and domestic media, not just international criticism. There’s a strong consensus [in Korea] that MBC was wrong.

“I hope this is an opportunity for people to reflect on their perspectives, which may be prejudiced or based on stereotypes. Then we can be more respectful to those who are different from us."