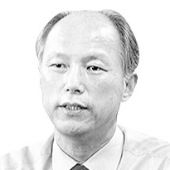 Kim Byeong-gi
The author is a professor emeritus at Jeonbuk National University.


On July 22, the Ministry of Culture, Sports and Tourism announced that it is changing the Chinese name for kimchi to ‘xinqi.’ Earlier, the guideline for foreign language translation and notation of the official terms was revised. After reviewing 16 candidate terms in Chinese for kimchi, xinqi was chosen through an expert review as the pronunciation is similar to kimchi and the term also means “spicy and unique.”

As the Chinese government requires all products sold in China to be labeled with Chinese characters, it is inevitable that Korean kimchi has to have a Chinese name to be marketed in China. While China’s cultural hegemony rings alarms, devising and announcing xinqi to refer to kimchi is totally absurd.

Chinese characters are by no means unique to China. As Korea has used them for more than 2,000 years, it is a common writing system that is also used in Japan. Once you write kimchi as xinqi, the Korean pronunciation of the corresponding Chinese characters become shin-gi. The proud proper noun kimchi suddenly turns into xinqi.

People won’t call kimchi xinqi for now, but over time, there is a concern that the originality of kimchi would fade, and the national origin of kimchi also would become unclear if xinqi becomes the other name of kimchi. The Culture Ministry’s move is a makeshift measure solely targeting China under the premise that the Chinese characters — xinqi — would never be used in Korea. It is just as absurd as the precedence of making Chinese notation of Seoul, the capital of Korea, as Sui and turning the city of Seoul into the city of Sui. 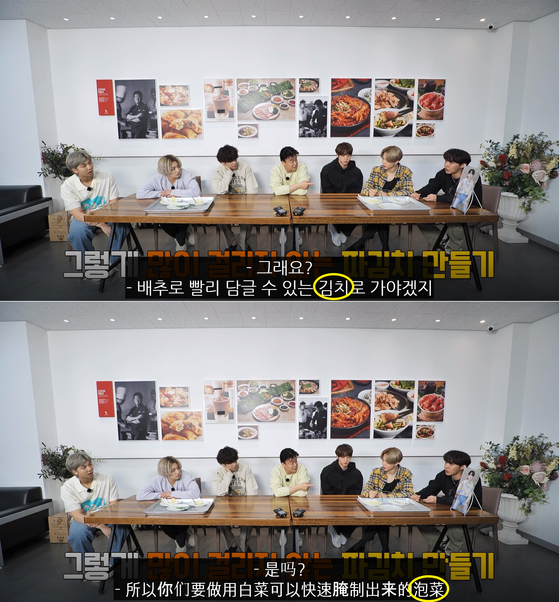 The translation of “kimchi” into “paocai,” a Chinese word for “pickled vegetables,” in “Run BTS,” a web-based entertainment program in Korea, has caused controversy since June 15. [V APP]

Then what should we do? After the view of equating kimchi with China’s paocai was fabricated and spread among Chinese internet users recently, the absurd claim that kimchi is a Chinese food has emerged. But most Chinese people know that Chinese paocai and Korean kimchi are different. That’s why Korea’s kimchi has been called “Korean paocai” in China.

Any society or country would choose a term closest to their own culture in order to name something that does not exist in their own culture. Therefore, the Chinese have chosen their “paocai” — which they consider the closest in their culture to Korea’s kimchi — and the modifier “Korean” was put before “paocai” to illustrate how Korea’s kimchi differed from their paocai. For now, I think it is most appropriate for the Chinese people to use this term “Korean paocai (kimchi)” to make clear the origin.

It is a big mistake that the Korean government voluntarily came up with a bizarre term — xinqi — to promote Kimchi and differentiate it from China’s paocai. It can obscure the meaning of kimchi, a proud name already known around the world. When kimchi is widely known in China as “Korean paocai,” there is a concern that people may think the origin of kimchi is China and Korea developed a new product “xinqi.”

The Chinese people may soon say, “Korea has xinqi, right? As you see, kimchi, or paocai, is a traditional Chinese food.” We must not repeat the same mistake as using the term joseonjok as Chinese people use — instead of referring to them as “ethnic Korean residents in China.” If we ignore the warning, we can be caught up in China’s scheme to downgrade the entire Korean Peninsula into minority ethnic group regime of China.