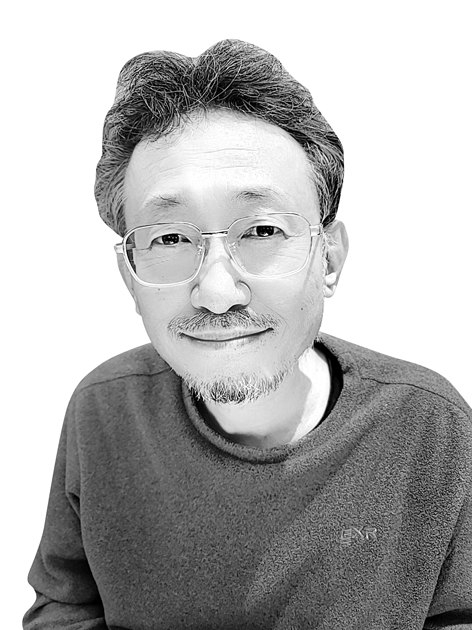 Lee Dong-chul
The author is a professor of Chinese studies at Yongin University.

The provocative instruction by a great Zen master in the late Tang Dynasty (618 to 907) — “Kill Buddha when you see him, and kill a Zen master when you see him!” — shows well the character of the Buddhism in China. Different from conventional wisdom, Buddhism is very analytic and logical as the religion reflects the way of thinking in the Indo-European language family. In contrast, the Chinese civilization is not so analytic or logical as it gives more weight to senses and experiences.

Despite the gargantuan impact of Buddhism on Chinese civilization after its arrival in the late Han Dynasty (202 B.C. to A.D. 220), Chinese people had trouble accepting the religion from India due to their innate sinocentrism — an ethnocentric belief that China is the center of the world and the rest are barbarians. From the spot sprang a radical argument that Lao Tzu, the founder of Taoism, moved to India, was reincarnated as Buddha and taught Indians, as some of his worshippers still believe.

Chinese Buddhists went so far as to argue that Buddha sent three of his key disciples to China and they were reborn as Confucius, Lao Tzu and Yan Hui, the most brilliant disciple of Confucius. That’s not all. After the Western calendar, astronomy and geometry were introduced to China in the early 17th century by Matteo Ricci, an Italian Jesuit priest, the Chinese sought to find the roots of the West’s advanced science in Chinese classics. 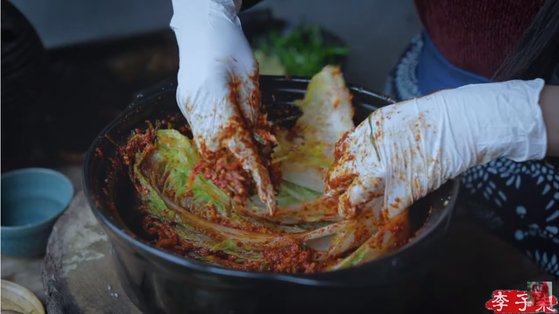 Li Ziqi, a popular Chinese YouTuber, provoked controversy in January by introducing what appears to be kimchi as “Chinese food.” ﻿ [YOUTUBE CAPTURE]

If you lift the curtain of Pax Sinica, built in part on fiction and imagination, you will confront the naked truth: in the entire history of China, it was dominated for over 1,000 years by what the Chinese call “barbarians,” including the Qing Dynasty, which lasted for about 300 years. As a result, strong self-conviction — and paradoxical anxiety — coexist in the undercurrents of the Chinese civilization. Sinocentrism is a reflection of the two divergent psychologies.

Today, the Communist Party of China (CCP) is educating the people after defining China as the initiator of civilizations and promoting the China Dream. The line of the CCP’s mantra goes something like this: Though China became a peripheral country for a while in modern times after maintaining a high-level civilization over the past 5,000 years without interruption, the country is trying to accomplish the revival of the great Chinese civilization with the people’s struggle under the leadership of the CCP.

The biggest obstacle to returning to China’s past glory is apparently the United States. Given its geographical destiny, Korea is having a hard time between the two powers. But to understand its ongoing kimchi war with China, you need to comprehend it in the context of civilization and the CCP’s national strategy.

After Korea ran a kimchi ad during the 2010 World Cup in South Africa, and the Xinhua News Agency claimed that kimchi is just a replica of Chinese pickles from Sichuan Province 1,500 years ago, Korean media attacked China for kicking off a nonsensical campaign to transform kimchi into Chinese food. The dispute was re-ignited when China’s state-owned Global Times reported in late November that paocai — pickled vegetables — had gained certification from the International Organization for Standardization (ISO), touting the ISO listing as an “international standard for the kimchi industry led by China.” But kimchi and paocai are very different not only in terms of their ingredients and making process, but also in fermentation process and the kind of lactobacillus involved.

Then, why does China insist on the sovereignty of kimchi? There are many reasons: a growing global kimchi market, kimchi’s value as healthy food, kimchi’s potential as food helping to fight against the coronavirus, kimchi’s accessibility to the halal food market in the Islamic world as opposed to the pork-based Chinese food, and the need to block the Korean wave (hallyu) and defend China from the global rise of Korean culture, including K-pop. Interestingly, Deng Xiaoping found a cue from Park Chung Hee’s development model for Korea, and China’s cultural, industrial and university policies are mostly copycats of Korea’s.

All the radical, imaginative and fanciful ideas about Buddha and Lao Tzu — and even the arguments that kimchi is Chinese food — are all indicative of the Chinese way. But if China is to become a genuinely civilized country, it must first dump hyperboles and distortions that China has been the center of the world for 5,000 years and that everything originates from China. A civilization’s fundamental features are openness, inclusiveness and diversity.