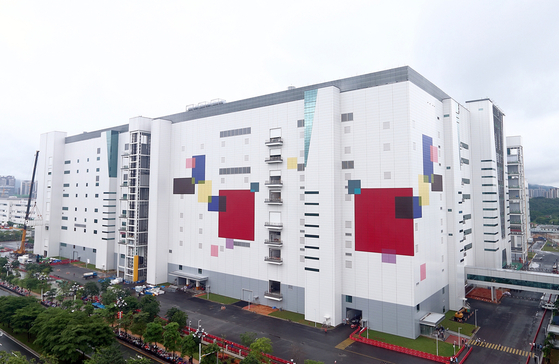 
LG Display reported 423.8 billion won ($366.4 million) in net profit in the second quarter, from a 504-billion-won loss in the same quarter a year earlier.

The company trounced expectations. Analysts had anticipated 275.4 billion won in net profit, according to FnGuide.

Operating profit came at 701.1 billion, compared with a loss of 517 billion won a year earlier, the company said on Wednesday.

Sales hit a second-quarter record at 6.97 trillion won, up 31 percent on year, and its operating margin stood at 10 percent, which is the highest since the second quarter 2017.

The rebound is attributed to strong sales of OLED televisions as the premium TV range increasingly went mainstream with a significant price cuts since their release in 2013.

In the first half, the company sold 3.5 million OLED TVs to LG Electronics, which owns 37.9 percent of the display maker.

LG Display said that the figure is almost 80 percent of the total last year, predicting that it will sell around 8 million OLED TV panels this year.

Surging prices of LCDs, a display type preceding the OLED, also helped boost profit for the display maker as pandemic-induced demand for electronic gadgets drove up shipments of displays used for PCs and laptops.

“We saw a solid performance in the second quarter as a result of the favorable LCD market situation as well as the company’s efforts to improve its OLED business,” said Dong-hee Suh, CFO and Senior Vice President of LG Display, in a statement.

“Although the market volatility is expected to remain in the future, we will step up our efforts to improve our OLED business performance and aim to solidify business operations built through partnerships with customers to maintain stable performance in the LCD sector.”

LG Display is angling to focus on high-end products such as ultra-large LCDs and advanced monitors since price-cutting Chinese manufacturers dominate the low end of the market.
“Restructuring the LCD business doesn’t necessarily mean that we are giving up on LCDs,” said Suh, during a conference call on Wednesday.

“Instead, we are converting production lines for LCD TVs into lines for IT devices, a sector in which we have a competitive advantage,” he said, “Now, the production capacity of LCD TVs is almost half as it was before and our focus is directed to large-sized commercial TV panels.”