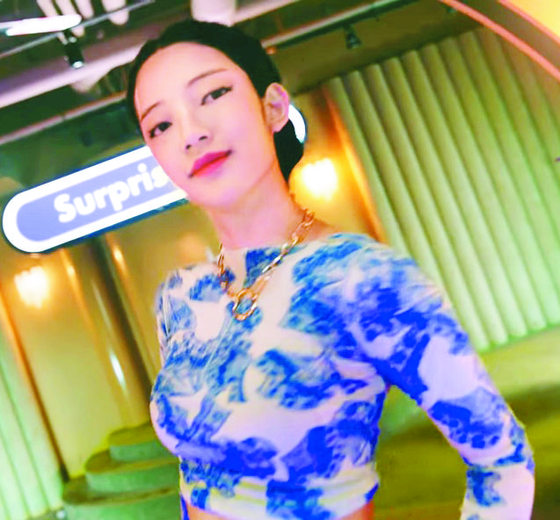 Rozy in a TV commercial of Shinhan Life [SCREENCAPTURE]


Virtual influencers - fictional characters with computer-generated likenesses on social media – were considered niche phenomena in Korea, but they are increasingly marching into the mainstream.

Rozy, created by Sidus Studio X, landed a TV advertising contract with Shinhan Life last month, and the commercial has garnered over 10 million views on YouTube.

With 40,000 followers on Instagram, Rozy already dipped her toes into the fashion world, appearing in Vogue Korea in collaboration with Shudu, created by British photographer Cameron James. 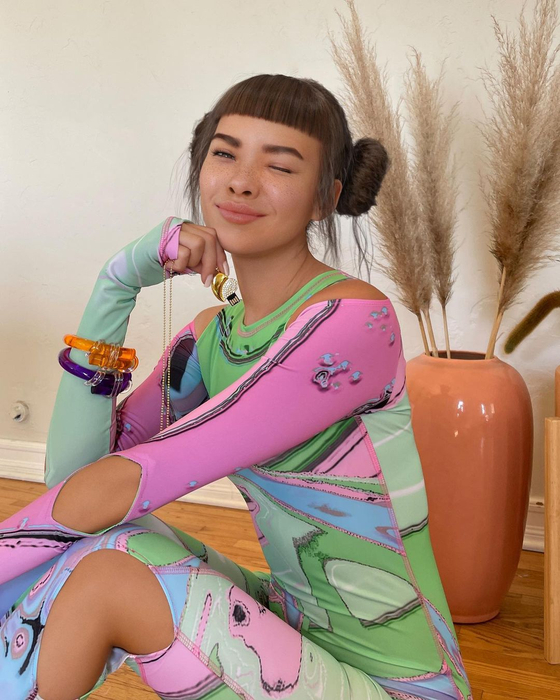 
Rozy has a group of computer-generated peers at home and abroad, including Reah Keem from LG Electronics and Los Angeles-based Lil Miquela and Imma from Japan.

Observers say their success can be attributed to looks that appeal to the young and their taking on of various trendy campaigns.
“The trendy appearance aspired to by Gen Z is a round face, a relatively wide space between eyebrows, big eyes and a short nose,” said Lee Jin-soo, a surgeon at Faceline Plastic Surgery Clinic.

“Taking into account all the characteristics, the look will come off as an animated or computer-generated character,” he said. 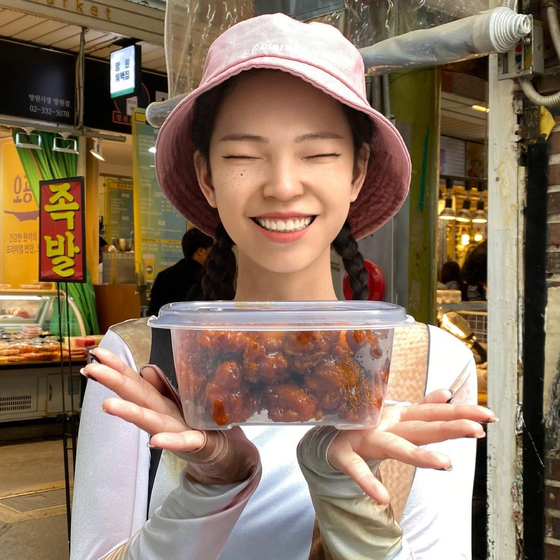 Rozy encourages the use of food containers from home. [SCREENCAPTURE]


The cyborg look is something that the company behind Rozy was trying to render.

“I think it appealed to young because we didn’t try to mimic specific celebrities,” said Kim Jin-soo, a director at Sidus Studio X.

“Instead, we strived to make a fresh appearance never seen before. Her look is not flawless but has a distinctive, mysterious aura,” Kim said.

The same goes for Lil Miquela, who debuted on Instagram in 2016 and now has 3 million followers. Her freckles and darker skin tone is a departure from the traditional aesthetics, but goes hand in hand with the preferences of the young.

“Gen Z tends to favor somewhat gender-neutral style rather than being too feminine, and a face shape that has an angle but still gives off a youthful image,” said Ahn Mi-seon, a beauty consultant that works with K-pop groups.


“That is a break from the ideal beauty standard in the past that emphasized pure, angelic look,” she said.

Another point that matters is their ability to communicate with fans and convey social messages.

Rozy joined a campaign to raise awareness for bringing containers and bags from home to supermarkets and restaurants to package groceries instead of using plastic packages.

“Gen Z tends to stay attuned to models or celebrities who have similar values,” said Jo Seung-hyun, a director at Cheil Worldwide.

He said the affinity of teenagers to the digital world is a reason for the strong appeal of virtual influencers.

“Older people perceive virtual influencers as a technology, but younger people consider them as a character. So they will continue to follow with them, depending on the activities of the influencers,” Jo said.