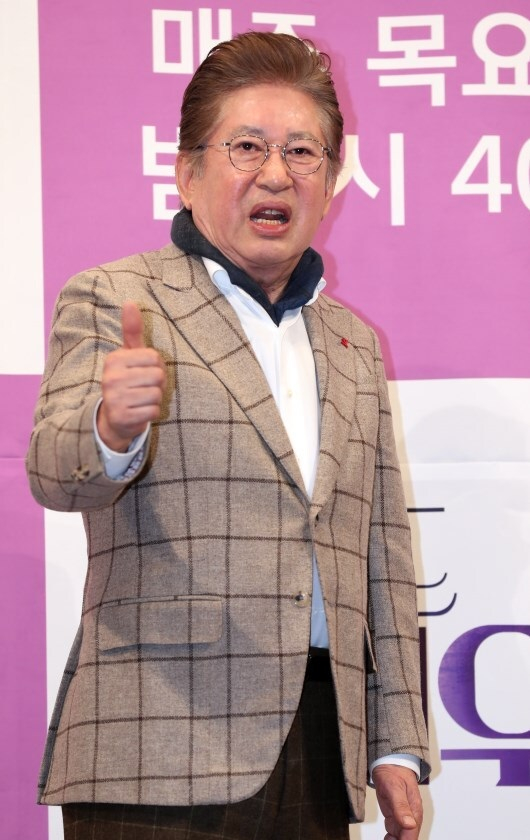 
A 36-year-old woman, who says she is pregnant with Kim Yong-geon's baby, is suing the 75-year-old actor for allegedly pressuring her to get an abortion.

Kim is also known for being actor Ha Jung-woo’s father.

According to local media outlet Dispatch, the woman is Kim’s girlfriend of 13 years. They first met at a party in 2008 and she revealed that she was carrying his child in March.

Kim’s legal representative told Dispatch that although the actor was against having the child at first, he later changed his mind and told the woman that he would support the pregnancy. However, she blocked him and Kim has been unable to reach her since May 21.

The woman told Dispatch that she “had been seeing Kim in secret for 13 years,” and “now he wants me to erase our child. The remainder of Kim’s life may be important, but my life is as well. Kim is being selfish and irresponsible.”

A spokesperson for Kim expressed his regret about the legal action. “[The woman] suddenly cut off all communication and is suing [Kim]. This is not a matter that should be dealt with in court.

“[Kim] is going to have a child at 75,” the spokesperson continued. “[Kim] was flustered about it. Now [he] just wants to sort out this misunderstanding.”

Kim also released an official statement with an apology. “If I did anything that was against the law, then I will take all responsibility for it. But up until recently I’ve told her that I will support the child, so this legal battle was completely unexpected."

Dispatch quoted the woman’s lawyer as saying "[The woman] met Kim at 23, and got pregnant at 36. So much happened during those 13 years. Kim needs to be responsible.”