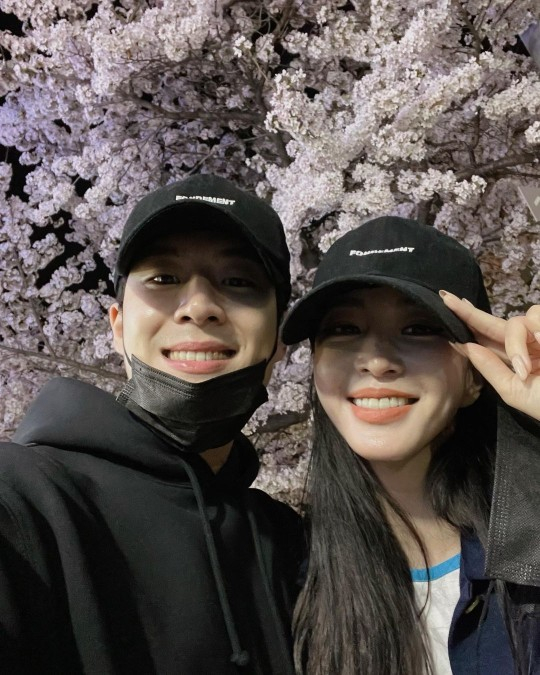 Actor Han Ye-seul, right, uploaded a selfie with her boyfriend earlier this month on her Instagram. [INSTAGRAM]


Actor Han Ye-seul refuted criticism made against her boyfriend by ex-journalist and YouTuber Kim Yong-ho on Sunday evening through an Instagram livestream.

Kim was featured as a guest in far-right YouTube channel “Hover Lab,” and in the video revealed personal information about Han’s boyfriend and called him one of the “Beastie Boys,” referring to the Korean film centering around male geishas who earn a living by entertaining their female customers in night clubs, insinuating that he worked as a so-called host at nighttime entertainment facilities.

“Does [he] want me to retire from the entertainment industry?” Han said during a livestream.

The actor said she was used to being in the center of gossip and vicious rumors, such as when Hover Lab said that she was involved in the Burning Sun scandal, but claimed Kim’s report this time was “attacking with the intent to kill."

"Do they hate me this much?” she asked.

The actor also said that she felt sorry for her boyfriend, who had to go through the unnecessary scandal due to her status as a celebrity.

The actor asked the YouTubers to meet her and talk to her face instead of viciously attacking her online without any reason.

Kim revealed additional information about Han’s boyfriend through his own YouTube channel in a livestreaming session on Sunday evening as well.

The actor recently uploaded pictures of her and her boyfriend on Instagram, explaining that he was 10 years younger than her and out of the public eye.