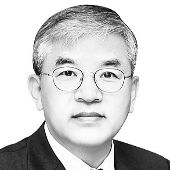 The author is a professor of media at Kookmin University.


There is no need to emphasize the importance of free press in a liberal democratic society. All developed countries guarantee freedom of the press. No country on earth has joined the ranks of developed countries without the freedom of speech. It is essential for democracy as the free press defines the fundamental liberty that enables all freedom.

The amendment on the media arbitration and damage compensation act proposed by the ruling Democratic Party (DP) passed the National Assembly subcommittee of culture, sports and tourism in July. According to the amendment, compensations for damages caused by media reports is expected to increase significantly. Clause 2 of Article 30 of the bill dramatically increases the standard amount for damage compensation. The standard amount is determined in consideration of the upper limit of 1/1,000 and the lower limit of 1/10,000 of the revenue of the media company.

Broadcasters and newspapers with greater revenues must pay more in compensation. In a special clause, false and fabricated reports with intention or gross negligence is subject to punitive damages of up to five times the amount mentioned above. The revision also paved the way for political figures, including the president, to take advantage of the punitive damages.

The punitive compensation system will end up gagging media outlets. For instance, a powerful person sitting on horseback can effectively control the horse — the media — through the rein of punitive damages. The horseman will keep the bridle loose and then turn the direction to where he wants go.

It’s clear that the power having the rein is not freedom of press. Freedom of the press relying on the benevolence of the powerful is not free press. Critical media will certainly lose its place in society. The job of quality media is to make the powerful uncomfortable, not comfortable. 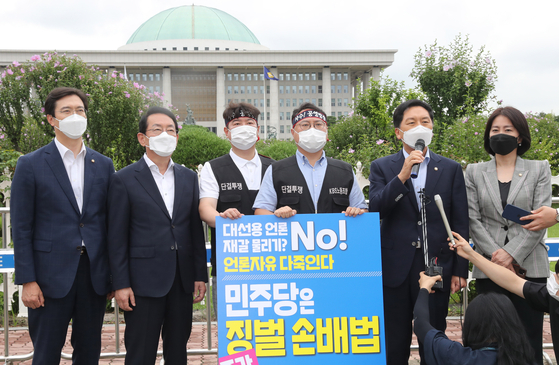 There are still available remedies, such as pursuing mediation, correction, counterargument and damage compensation through the Media Arbitration Committee and the court.

You may think the relief is not enough. But it is practically a punishment to link the amount of compensation of the damage to the size of a media company’s revenue and impose punitive damages up to five times. The media will become discouraged just by the punitive compensation system alone. First, they will strengthen self-censorship, and challenging projects will decrease. Oversight and verification on the powerful also will weaken. The media reports will be limited to the boundaries set by those sitting in positions of power. To avoid the arbitrary rule of the government and the ruling party, media must check them.

Free and independent media will have a smaller place. Society will lose more as a result of the imposition of punitive damages. A shrunken media will lead to reduced right to know and a regression of democracy.

All media activities, including production of news and current affairs segments, are like exploring the unknown world. The process of seeking truth requires tolerance, trust and patience from the producers and receivers alike.

Just because the media get to check the powerful, it should not become power of its own. They cannot avoid responsibility for the lack of investigative authority. But the punitive damage compensation is not media reform, and it is likely to be abused politically. The path of criticism should be wide open. If a media report is problematic, it must go through more discussions and arguments. The right to counterargument must be strengthened. Increasing the amount of damage compensation is not the best solution.

Today, our media does not have the trust from the people. We need a good cycle in which the media can restore responsibility and trust. But you cannot burn down the house to catch fleas. The punitive damage compensation system is like burning down the house. The government must come up with a plan to maintain a healthy public space rather than focusing on regulating the press.