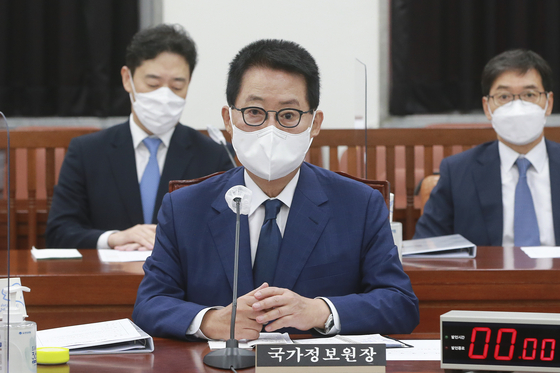 
Leaders of the ruling Democratic Party (DP) said a joint military exercise with the U.S. must take place as planned, dismissing North Korea’s demand that the annual drill be canceled.

“The joint military exercise is a matter of the Korea-U.S. alliance,” Rep. Min Hong-chul, chairman of the National Assembly’s Defense Committee, said Tuesday in an interview with MBC radio. “It is also a matter of our sovereignty. We have conducted the joint exercise annually, and I believe we must proceed with it on principle.”

Min, a three-term lawmaker for the DP with decades-long experience as a military court judge, said a recent demand from Kim Yo-jong, the sister of North Korea's leader Kim Jong-un, that the South cancel the joint military exercise was nothing more than a typical bullying tactic.

“I think the regime is facing serious hardships internally due to the Covid-19 pandemic and economic crisis,” Min said. “Her demand could be an attempt to resolve the hardships. The North is sending a signal to the South and the United States.”

Min said Seoul and Washington are preparing to conduct the joint military exercise as planned. “An announcement is yet to be made, but to my knowledge, military authorities of the South and the United States are preparing to push forward the plan,” he said.

According to Min, Seoul and Washington scheduled crisis management staff training (CMST) from Aug. 10 to 13, as a prelude to the summertime combined command post training (CCPT) scheduled from Aug. 16 to 26. 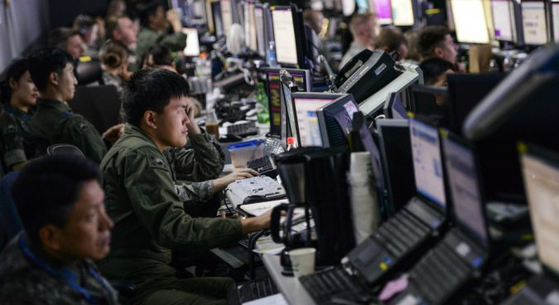 In this file photo, Korean and U.S. soldiers monitor the joint military exercise from an underground bunker in Korea. [U.S. Air Force]

On Sunday, Kim Yo-jong, vice department director of the Central Committee of the North’s ruling Workers' Party, issued a lengthy statement, translated into English, complaining about the upcoming military drill. “Our government and army will closely follow whether the South Korean side stages hostile war exercises in August or makes other bold decision,” she said. “Hope or despair? Choice is not made by us.”

DP Chairman Song Young-gil also rejected Kim’s demand. “The upcoming exercise is not a hostile one as she described,” Song said Monday at a DP’s Supreme Council meeting. “The military exercise must take place as scheduled.”

Some DP lawmakers, however, urged the government to delay the exercise. A group of 76 DP lawmakers including Rep. Sul Hoon held a press conference Sunday saying it was crucial for Seoul bring Pyongyang back to the bargaining table, asking governments of the South and the United States to delay the drill.

Park Jie-won, director of the National Intelligence Service, told the National Assembly on Tuesday that the government needs to show a flexible attitude.

After Park briefed the Intelligence Committee of the National Assembly, Rep. Kim Byung-kee of the DP said: “Park said he understands the importance of the Korea-U.S. joint exercise, but there is a need for flexibility in order to maintain the momentum of dialogue and the bigger picture of North Korea’s denuclearization.”

According to Kim, Park also said Pyongyang was sending a message that it will improve inter-Korean relations if Seoul and Washington stop the drill. “The North will pay attention to our response and Korea-U.S. consultation before making its next move,” Park said.

“Based on various intelligence, the North’s dissatisfaction with the United States has snowballed because it stopped nuclear tests and intercontinental ballistic missile launches for the past three years, but received nothing in return,” Kim quoted Park as saying. “Lifting some sanctions on the North will resolve the trust issue and make talks possible. To this end, a flexible approach is recommended to the Korea-U.S. military exercise.” 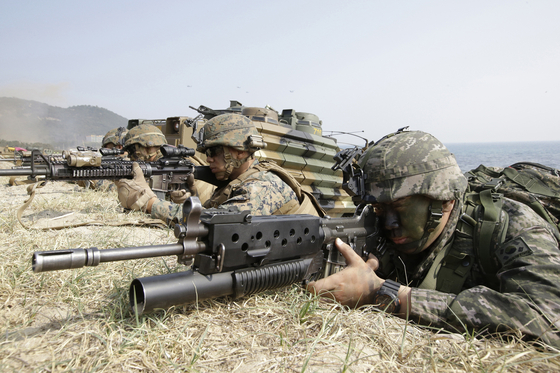 In this March 30, 2015, file photo, marines of Korea, right, and the U.S aim their weapons near amphibious assault vehicles during Korea-U.S. joint landing military exercises as part of the annual joint military exercise Foal Eagle between the two countries in Pohang. Since 2018, the two countries stopped holding joint field exercises and replaced them with computer simulation drills from command posts. [AP]

Rep. Ha Tae-keung of the main opposition People Power Party (PPP) criticized Park’s remarks. “The NIS has been reduced to an organ that receives an order from Kim Yo-jong,” Ha said.

He said the NIS's role is analyzing intelligence, not making policy decisions, criticizing Park for crossing the line by recommend the government delay the exercise.