Nuturn brings together esports veterans to take on a new game

Nuturn brings together esports veterans to take on a new game 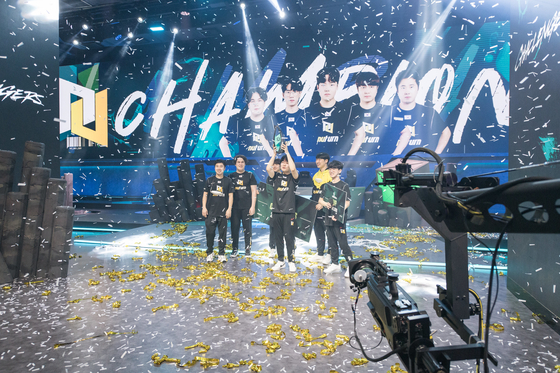 
It's peculiar how little is known about Nuturn Gaming, the team that in May became the first-ever squad to represent Korea in professional Valorant esports.

Despite having a legitimate esports legend in Kang "solo" Keun-chul on its roster, and having made Korea proud by outperforming expectations to place third in the Valorant Champions Tour (VCT) Stage 2 Masters, held in Reykjavik, Iceland, Nuturn has so far made very few efforts to draw attention to itself — save for playing well on stage.

Nuturn's Facebook page posts updates somewhat frequently, but that is about the entirety of its output. The team is barely active on other social media platforms, and does not even have an official website. Add in VCT KR's relative lack of domestic media coverage, and to the regular esports fan, Nuturn almost looks like a ghost organization.

It was expected that most of Nuturn would be operating from a large multipurpose building unit refurnished as a headquarters-cum-team house, as so many Korean esports organizations on a budget do. Yet Nuturn's address actually led to an open office space with nearly a dozen video editors and designers busy at work.

Park "allow" Sang-wook and solo, having traveled from their team house separate from the office, were chatting in a lounge area off to the side. 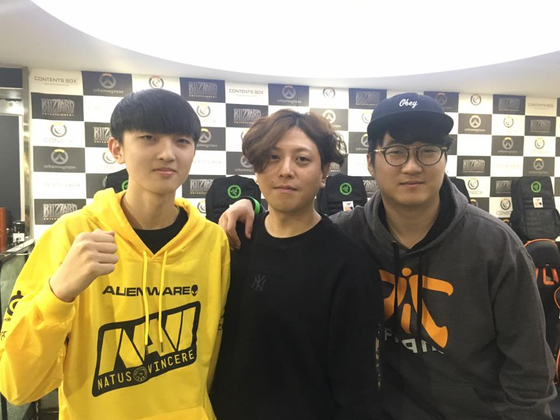 "Nuturn is primarily a content studio," Lee said. "We've been chosen as the main content vendor for Blizzard Entertainment Korea for 2021, and are also taking on a variety of projects from other clients, primarily in the field of esports but also occasionally elsewhere — we've been providing online seminar solutions, for one."

From a purely business perspective, Nuturn Gaming — which currently consists of only the Valorant squad — could almost be considered an afterthought compared to the studio's general operations, explained Lee.

The atypical nature of the team provided some insight into why the company seemed to be rather uninterested in engaging in the public-facing activities typically expected of an esports organization.

While the potential value of retaining an esports team should not be understated in this day and age — especially when that squad happens to be among the global elite in a title that boasts international popularity — it's also true that as of now, running a domestic Valorant team in Korea, where the game has yet to go mainstream, isn't an operation that will generate immediate profit no matter how much attention the organization may try to call to itself.

Lee was happy to let the squad just focus on competition for the time being, which explained why the team had received such little coverage until now.

Nuturn was founded this past winter when Lee — alongside key members of his current studio crew and the Valorant team — abruptly left ProParty, their previous organization, to seek an environment with less influence from upper management, for whom esports was not a priority.

No small amount of struggle was involved in setting up the company. When external investment could not be immediately secured, Lee poured in his life savings and retirement fund to cover the initial running costs of the fledging organization. 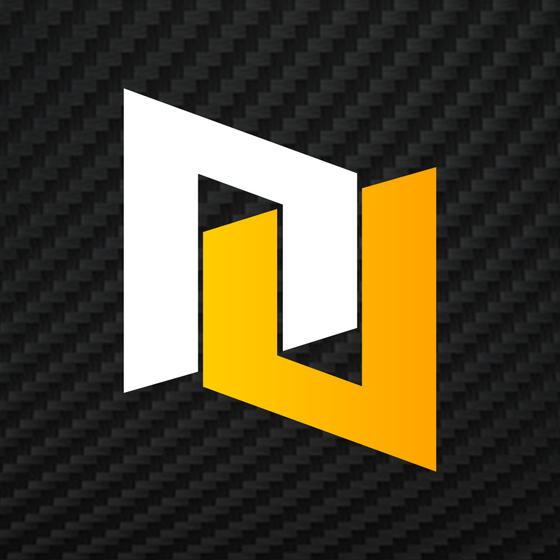 
Much of Lee's personal preference bled into the company's visual design.

Nuturn — which comes from "new turn" — pays homage with its logo to Kiev-based esports club Natus Vincere (Na'Vi), which Lee has been a huge fan of since watching them prevail over Fnatic in a Counter-Strike final around a decade ago. The color scheme subtly references Conbox, the now-defunct esports team-cum-content studio that Lee used to run a few years back.

Lee stressed, however, that the leap from ProParty to Nuturn was by no means a one-man project, because the organization's esports arm would not even have existed had solo not decided to join him.

There was no way to express how grateful he was for solo's show of faith, Lee said, saying that if a trustworthy offer that would let solo and his team compete in better conditions surfaced in the future, he would wholeheartedly help the squad move on to greener pastures.

"I'm proud of how much work our crew have taken on in such a short time, and for the quality and scope of our content production, I'm happy to take some credit," Lee said.

"But Nuturn Gaming is a team of solo, by solo, for solo." 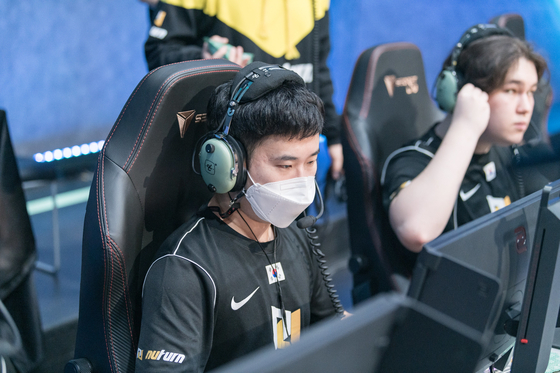 Few without a vested interest in FPS esports may have heard of him, but for those in the know, solo is a legendary figure — not just domestically, but worldwide.

He is widely considered the greatest Korean Counter-Strike player of all time: A 2008 player profile from the E-Sports Entertainment Association reads "today, everyone who follows competitive Counter-Strike knows who solo is and what he has done," stressing that "before 2005, Korean CS had nothing internationally — since 2005, they've had solo, and it's more than made up for the wait."

When Nuturn briefly stepped into the global limelight with their strong performances at Stage 2 Masters, competitive Valorant communities around the world were quick to note and marvel that solo — yes, that solo, from CS 1.6 — was now leading Korea's best Valorant team, and that his old teammate Jung "peri" Bum-gi was also still by his side.

If tactical shooters had been more popular as an esport in Korea, 33-year-old solo might have made enough over his CS career that lasted for roughly a decade — an eternity in competitive gaming — to have comfortably retired by now, instead of still rubbing shoulders with kids almost half his age as a playing head coach in a title that was released in 2020.

Then again, it would be hard to imagine Nuturn being anywhere near the team it currently is without solo's veteran presence and in-game leadership on stage. He plans to retire as a player once the team signs a talent that could replace him and let him focus on his duties as head coach, but that may not happen very soon.

"When our younger teammates like [Seo 'Suggest' Jae-young] or allow do well on stage and the casters shout their names, I feel unbelievably proud," solo said, explaining why he had been so eager to step down to make room for another rookie talent to shine. "It's almost like listening to someone praise my own kid. Watching these players improve day by day is such an experience."

Getting to make his professional debut in Valorant alongside seasoned veterans like solo and peri was a blessing, allow recounted. 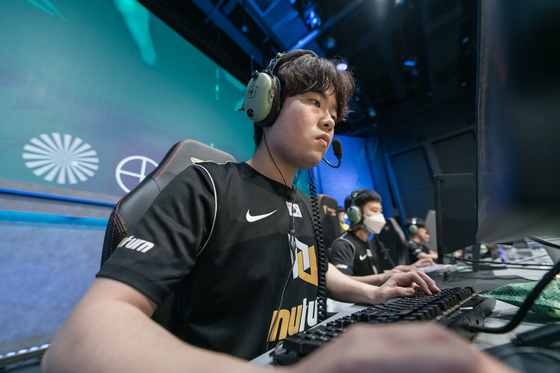 
"When I joined, things were a bit awkward at first, since I felt super obligated to be polite due to the huge age gap, but the two really helped the younger players feel at home and soon we were all hanging out like friends," he said.

"In the beginning, us younger ones honestly were all pretty bad at the game and [solo and peri] had to carry us almost all the time, but we kept learning, and I improved a lot over our time together."

Both solo and allow agreed that their experience in Reykjavik gave the team some valuable international experience, and more confidence in Korean Valorant's place in the world.

In Stage 3, Korea's top two teams will advance to the Masters event in Berlin. Although Nuturn do look far weaker compared to Stage 2, due to losing Kim "Lakia" Jong-min to the Vision Strikers in a drama-ridden, last-minute offseason transfer, it would still be somewhat of a surprise if they failed to make it.

"If we make it to Berlin, anything less than making the finals there would be a regression from how we did in Iceland," solo said. "I wouldn't want to let down all the Korean viewers at home."

"I wasn't conscious of it when I was there, but after watching videos of myself playing on stage, I realized I really did suffer a lot from nerves in Iceland," allow said. "Now that I've experienced playing on the international stage, I know I'll be able to do better in my next go."

For solo, one extra motivation to qualify for his second international Valorant tournament would be the chance to showcase his skills to foreign fans once more.

"I had thought everyone would have forgotten about me by now, since so much time has passed. I was really touched and grateful that so many people around the world still remembered me from those days and made me feel welcome on Twitter," he said. "I promise to impress you once again in Valorant. Please cheer me on!"