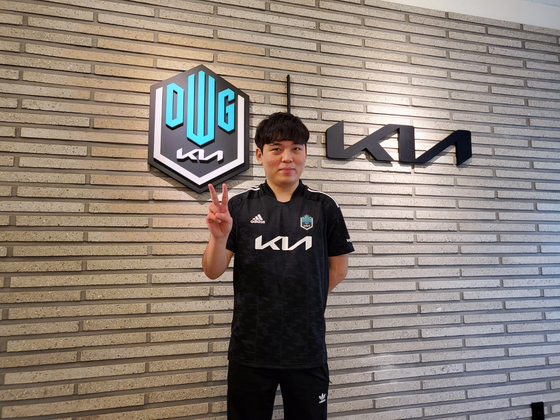 
Professional Valorant is still in its infancy, but it's already chock-full of former greats from other first-person shooters (FPS) looking for what the developer and organizer of the world's biggest esport has to offer.

The 2020 tactical shooter from Riot Games may have flopped domestically, but the title has been a massive international success, and many Korean teams have formed in hopes of becoming the world's best. DWG KIA, having recently finished runners-up at the Valorant Champions Tour 2021: Korea Stage 2 Challengers, is certainly one of those leading the pack.

Among the rising stars on the squad, one hails from a rather unorthodox background: Lee "Jeong Hi" Jeong-ha, 2016 Heroes of the Storm world champion. Previously known simply as "Jeongha," he led L5/Ballistix to multiple titles over three years and was considered one of the only melee flex players in the world able to go toe-to-toe against "the Faker of HotS," Lee "Rich" Jae-won.

To be fair, MOBA talent faring well in team-based FPS games is not an entirely undocumented phenomenon — many ex-League pros, such as Hong "Gesture" Jae-hee, Aaron "Bischu" Kim, and Noh "Gamsu" Young-jin, have previously seen significant success in Overwatch.

Overwatch, however, is an extremely atypical shooter, as nearly half of the cast don't even use a military-style gun, and the game's ability-centric gameplay with hyperspecialized roles makes its strategies largely mirror those of multiplayer online battle arena games. Valorant may share some of those traits, but the game remains far more "conventional" than Overwatch and tends to move at a pace closer to Counter-Strike.

Jeong Hi made his Valorant debut this January on Apex People, a shoestring organization that disbanded two months after its formation. His impressive individual performance on the ragtag squad over Stage 1 Challengers led DWG KIA's coaching staff to offer him a tryout in the following offseason. He lived up to expectations and subsequently joined the team on April 2nd.

VCT Korea commentator Clinton "Paperthin" Bader rated Jeong Hi as an already formidable player with still-untapped potential. "Originally he was a very strong Jett player, who has [now] moved into the role of playing Skye or Raze," Paperthin explained. "He hasn't put up the same numbers as when he was a Jett main, but he is adjusting to his new role nicely and has shown marked improvement."

The Korea JoongAng Daily recently caught up with Jeong Hi last week at the DWG KIA team house in Yeongdeungpo, western Seoul. The following are edited excerpts of the interview. 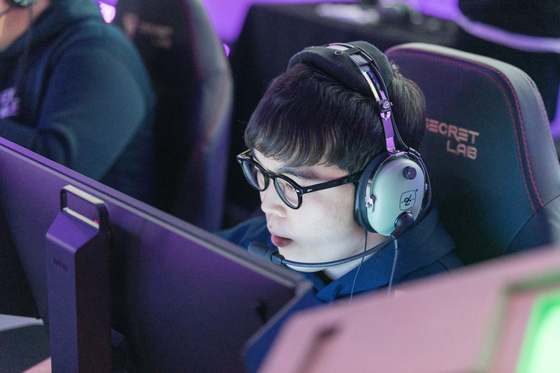 
Q. How did you feel while playing against Nuturn in the recent VCT Korea Stage 2 Challengers finals? The match ended 0-3, but that scoreline doesn't reflect how close those sets were.

A. Before it began, I think all of us went into the match thinking that Nuturn were obviously the better team and we would have a hard time. But once we started playing, it was clear that the gap was much closer than we had thought. We kept dropping maps, but only by tiny margins. It felt really tantalizing, both during the match and afterwards. I felt like we could have won the whole thing and gone to Iceland, had we edged out ahead on just a few occasions.


Q. How do you feel about the past season as a whole, and how would you rate yourself as a player right now?

A. I wasn't at my individual best last season, so I didn't expect us to go as far as we did. It's thanks to my teammates' good performances. I also feel we as a team showed a particular hunger for success. Our sheer determination saw us through in some comebacks. We have a squad full of high individual potential, but our teamwork isn't yet where it should be. If we patch that up and work even harder next season I think we could be champions.

As for me, I think I still have a lot to learn on many fronts as I didn't come from an FPS background like most other players did. I think having more room to improve is a good thing. I'm feeling optimistic, as my primary strength as a player is my instinct for the game, and that's something that gets better with more experience.


Q. How have you been since the Heroes pro scene was killed off in late 2018? How did you end up in Valorant?

A. I had been feeling unsatisfied for some time with how my professional career was panning out, so while I was very disappointed about HGC's shutdown, there was a liberating element to it as well. I immediately tried my hand at going pro in League of Legends, and after practicing individually for a while I went for an extended tryout of sorts at Gen.G Academy.

It ended up not working out. I wasn't good enough then to warrant a spot, and I didn't really work hard enough, either. I don't think my mind was in the right place. Maybe I was burnt out a bit. I soon took time off to work out, get back into shape and move onto trying other games.

When Valorant came out in 2020, I thought it would be great to play competitively, but I had no idea whether I'd be good enough at FPS. Apart from tinkering briefly with Sudden Attack and Overwatch, I had never really dedicated much time to shooting games. All I knew was that I wasn't too terrible at them. But I found the game really gripping, and discovered I was talented enough to play professionally, so it all worked out.


Q. Why did you change your handle to Jeong Hi, despite having already been a world champion as Jeongha? Did you not want your legacy to carry over?

A. I just wanted to give it a small tweak, just as a change of scenery. Also, Jeong Hi is actually just how "Jeong-ha Lee" is pronounced in Korean, although it might not be apparent when written out. 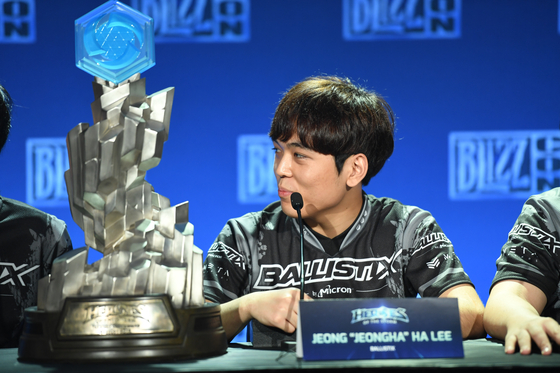 Jeong Hi, then known as Jeongha, preparing for the post-finals press conference following his team's victory in the 2016 Heroes of the Storm Fall Global Finals. [BLIZZARD ENTERTAINMENT]


Q. Did you keep up with matches in other regions? How would you rate their power levels?

A. I kept up with most regions. While nothing's certain until they actually face off, I agree with the sentiment that North American and European teams are ahead of Korea right now. I think they have better aim across the board, and have recently caught up in the teamwork and strategy department as well, which is where Korea used to hold the lead. Between the two Western regions, I'd say Europe recently looked a bit better, although I think it has been close.

That being said, I wouldn't count out teams from Japan and Southeast Asia, either, as they've also looked very strong. It's hard to make any sensible predictions until the Masters begins.


Q. Many consider the Korean Valorant scene to be unsustainable in the long term, as the game has so far failed to create a large enough domestic user base. Are you concerned?

A. Of course. I think one positive influence would be Korean teams performing well internationally. For that reason, although I very rarely root for other teams, I hope Nuturn do really well in Iceland. Conversely, I think the scene might shrink by a lot if Korean players and teams fail to stand out on the world stage.


Q. Has your perspective as a professional gamer changed since switching from Heroes to Valorant?

A. Back when I played Heroes, I used to be mentally fragile, and wasn't the best teammate. I was perhaps too concerned about standing out from the pack. I was frustrated whenever I felt that my skill wasn't getting properly recognized, or achieving as much as I felt I deserved.

I've matured a lot since then. I've learned that being a good player isn't just about being talented and performing well on stage and collecting individual accolades. I've become a lot calmer during matches, and I think it's clearly been beneficial. Maintaining good physical and mental health, and playing professionally for as long as I can are what's important to me now.