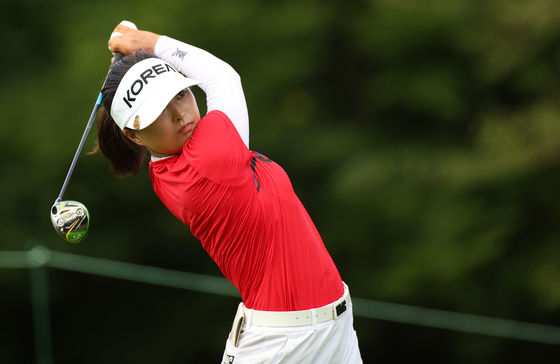 Ko Jin-young plays during the first round of the women's golf tournament on Wednesday at Kasumigaseki Country Club in Saitama, Japan. [REUTERS/YONHAP]


Korean golfers got off to a good start on day one of the women's golf tournament at the 2020 Tokyo Olympics, with all four golfers finishing under-par at Kasumigaseki Country Club in Saitama, Japan.

Ko Jin-young started out with a birdie on par-4 first and bogied twice in the first nine holes.

"This was my first time at the Olympics, I was nervous, but I felt better toward the latter half,” Ko Jin-young said.

The back nine was what brought her up to fourth, with four birdies and one bogey.

“I kept on thinking that I need to finish the first round under-par, no matter what.” 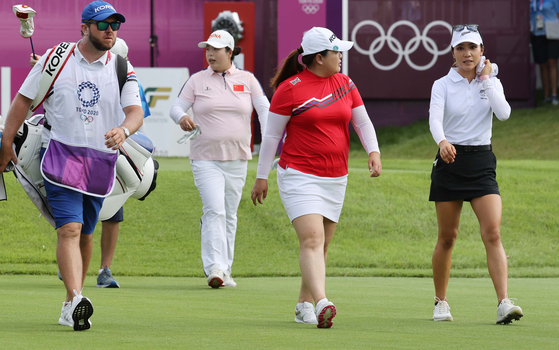 Park In-bee heads to the fairway alongside Lydia Ko of New Zealand and Feng Shanshan of China during the first round of the women's golf tournament on Wednesday at Kasumigaseki Country Club in Saitama, Japan. [JOINT PRESS CORPS]


Park teed up alongside Lydia Ko of New Zealand and Feng Shanshan of China, who collected silver and bronze next to Park’s gold medal at the Rio Games.

Park birdied three times in the first half, but unable to score more in the second half, finished tied at seventh with eight other players including Kim Sei-young.

“To win the gold medal, I think there needs to be at least one really great round,” Park said at the end of her first round. “In the first half, I thought that today was maybe that round, but the second half could have been better.” 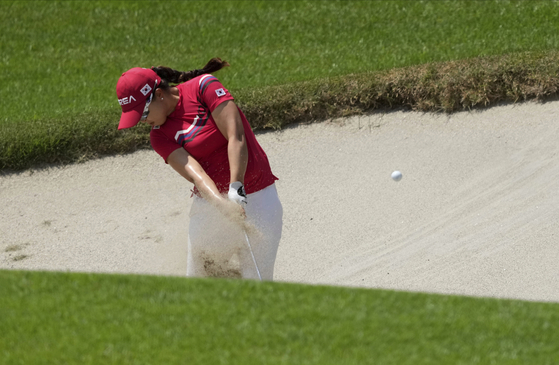 Kim Sei-young plays a shot from a bunker on the second hole during the first round of the women's golf event at the 2020 Summer Olympics on Wednesday at the Kasumigaseki Country Club in Saitama, Japan. [AP/YONHAP]