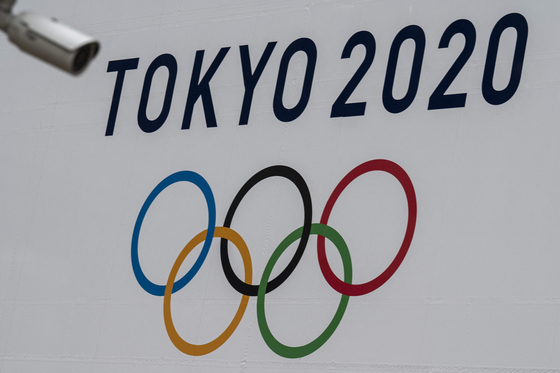 The Tokyo 2020 Olympics Games banner is displayed on a wall Tokyo in April. [AFP/YONHAP]

Korea is expecting to compete in at least 23 sports in Tokyo, including old favorites like archery and Taekwondo. The return of baseball to the Games is an opportunity for Korea’s favorite sport to take center stage, while new events like sport climbing open the door for a new generation of potential stars.

As well as causing the Games to be postponed, the Covid-19 pandemic also interrupted qualification tournaments around the world, so it is still unclear exactly how many athletes Team Korea will be sending to Japan.

Those team members will face a tough challenge. Korea saw its Olympic glory start to fade at the 2016 Rio Games, dropping from 30 or more medals in London, Beijing and Athens to just 21. Korea ranked 8th overall in Rio, down from 5th in London.

Korea will look to climb back up the medal table this year, but it won’t be easy — although the number of athletes isn’t finalized yet, the team is set to be markedly smaller than the 204 people Korea sent to Rio, or the 248 it sent to London.

How life in the Olympic bubble will affect athletes is unclear. The lack of supporters, the constant temperature checks and Covid tests and restrictions on training and movement could impact athletes’ performance — although every country will face those challenges together.

This year’s Olympians face a greater challenge than perhaps any class of athletes before them. They won’t be free to focus solely on their sport, but will also be monitored and tracked at every turn as they follow social distancing measures with the whole world watching.

A misstep in Tokyo could bring the whole event to a halt, and every participant will have to carry that weight on their shoulders.

If done properly, the Tokyo Games could be an example of sporting cooperation prevailing against the toughest competition — exactly what the IOC has always maintained the Olympics represents.


Over the next two months, the Korea JoongAng Daily will take a closer look at the seasoned pros, the rising stars and the plucky underdogs that will carry Korea’s Taegukgi mark on the road to Tokyo.