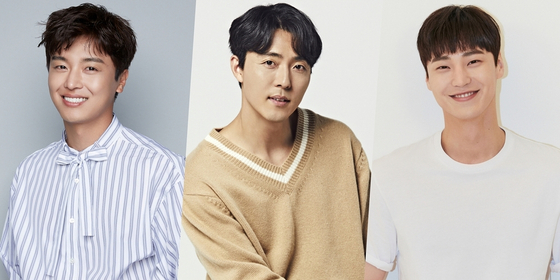 Actor Yeon Woo-jin is to portray a dermatologist named Kim Seon-woo who falls for Cha Mi-jo (portrayed by Son).

The other leads are actors Lee Mu-saeng and Lee Tae-hwan, who will each be romantically involved with characters portrayed by Jeon and Kim.

“Thirty, Nine” revolves around three women who are all friends on the verge of turning 40. The series will consist of 12 episodes.

The drama will be written by Yoo Young-ah, who was the scriptwriter on a number of hits including films “Kim Ji Young, Born in 1982” (2019) and “Miracle in Cell No. 7” (2012). It will be directed by Kim Sang-ho behind JTBC series “Run On.” The series is expected to air sometime next year.