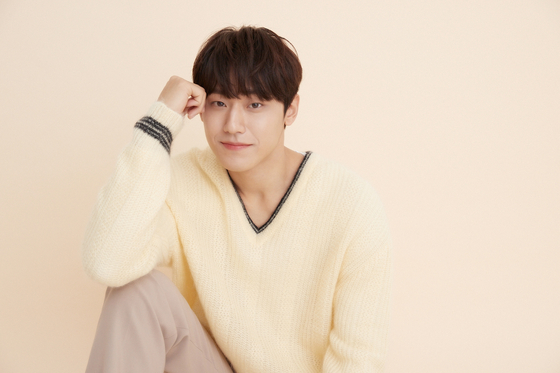 
JTBC’s drama “18 Again” made Lee Do-hyun a rising star with audiences at home.

The actor, who debuted in tvN’s drama “Prison Playbook” in 2017, got a chance to play his first lead role in the drama that just ended, alongside veteran actors like Kim Ha-neul and Yoon Sang-hyun. He and Yoon were playing the same character at a different time in the character’s life.

“I’m doing my best to live a little better tomorrow than yesterday,” said Lee in an interview with Ilgan Sports, an affiliate of the Korea JoongAng Daily. “I think I have really been fortunate meeting good people and have them around me as they led me to the direction I should head to.”


How will you remember this drama?
It was a lifetime opportunity for me to play the lead in a drama, for the first time in my acting career when I’m still in my 20s. It felt so burdensome, but that has made me more responsible. I do want to watch the entire show when I’m older. I am curious how I would evaluate my acting in the drama then. It will surely be different when I watch it in my 30s.


Wasn’t it difficult to film for eight months?
I have always said I have confidence in my undying energy. I was never really exhausted during filming. Even if I am, it doesn’t really show, and I don’t even notice whether I’m exhausted. This time, I usually passed out after filming and woke up in the evening the next day. I think when you are so excited, you just forget you are tired.


How was acting alongside Yoon Sang-hyun and playing the same character as him?
The goal was to emulate Yoon’s acting as much as possible. Yoon sent me voice recordings so I can use those as motifs to practice over and over again. As I repeated the recordings, I think I got a sense of how to act as a father character. I have never been married and never had a child, so there are lots of emotions that I didn’t know. I tried to look at Kim Ha-neul as I would look at my wife, and take the kids in the show as real children of mine.


Has the drama changed how you see the world personally?
I think I have changed how I see my family. I am not normally caring and loving toward my parents. I don’t know why I did what I did during the filming, but I started to call my mom, and I even hugged my dad. I was so surprised to see myself changing.


What was it like to be done with the drama?
On the last air day, we all gathered together to watch the show. It felt very weird. I thought I got out of that character but it is still with me. I cried as I watched the show.


What do you want to do as you have some time to rest?
I have not taken a proper family trip. So I’m currently planning a family trip to Jeju Island. [While I’m there], I want to try sky diving, as I was told that it’s less scary than paragliding.


Are you excited about the upcoming Netflix show “Sweet Home” set to be released next month?
The filming started in September last year, and it was over by February. I have seen only the parts I’m in when the show was about 80 percent complete. I’m really curious as well to see how the entire show turns out.


Why did you want to be an actor?
I set my mind on it when I was in college. I started acting when I was in high school, but that’s when I was so focused on playing basketball. My dad said he wanted me to do sports only as a hobby then. In school, when I was going to private academies just like many friends, I was watching downloaded movies, especially “Sunflower" (2006), over and over again. The teacher there saw me and told my mother that I seem to be interested in other things than studying. At first I was taking acting classes without my father knowing.


How did you persuade your dad?
To study theater in college, lots of money needed to be invested to get me in the acting academies. I needed my father’s help. So when my academy was putting on a play in Daehangno, central Seoul, I invited my father. With my acting teacher, I showed my father I do this now, and he gave me his support.


Are you satisfied with being an actor?
I’m so happy. Each broadcasting studio has a different air and scent. When I first visited, everything was so different, new and it was nerve-wracking, but I liked the process, and I got used to such surroundings. I’m just so thankful that I’m living the life doing what I wanted to do. There aren’t that many people who do what they want to do in life. It is so important that I get to find my happiness in this dreary life journey.


Do you have a role model?
I want to act like Lee Byung-hun does. That’s my dream and goal. I want to meet Kim Rae-won because I watched “Sunflower” so many times. I’m curious what he is like in person. I think I’m drawn to those who have the energy of Lee and Kim.


Is there any genre you want to try?
I want to do noir or action. Personally I’m interested in cooking and want to get a certificate on cooking Korean food.


What’s your goal as an actor?
My creed is to become an actor who saves lives. I hope the audiences who watch my works find some positive energy and use that as a source for them to take on a happier life.