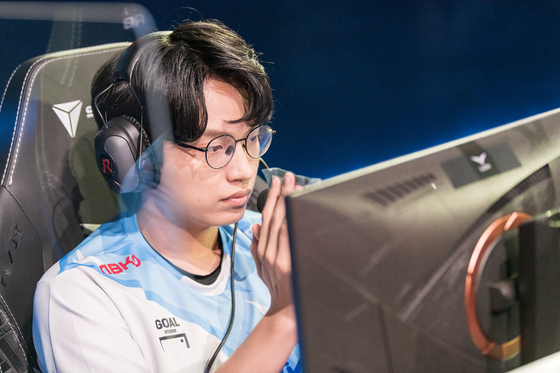 
With Afreeca Freecs' victory over Nongshim RedForce on Saturday, all six playoff spots for the 2021 League of Legends Champions Korea (LCK) Summer Split have now been locked up. But the battle for a top two finish, which guarantees direct seeding into Round 2 of the playoffs, is not yet over.

The six teams that made the postseason are Liiv Sandbox, Nongshim, DWG KIA, T1, Gen.G and Afreeca. Nongshim, Gen.G and DWG KIA all secured their spots on Aug. 1, and four days later, T1 and LSB joined the club. Afreeca was last to make the cut, eliminating KT Rolster and Hanwha Life Esports' chances of a last-minute miracle run.

The most notable team missing from the list would be HLE, who in spring finished third in the regular season and made it to the second round of playoffs. Jung "Chovy" Ji-hun's individual brilliance alone proved to be insufficient for the otherwise lackluster squad to repeat that feat. 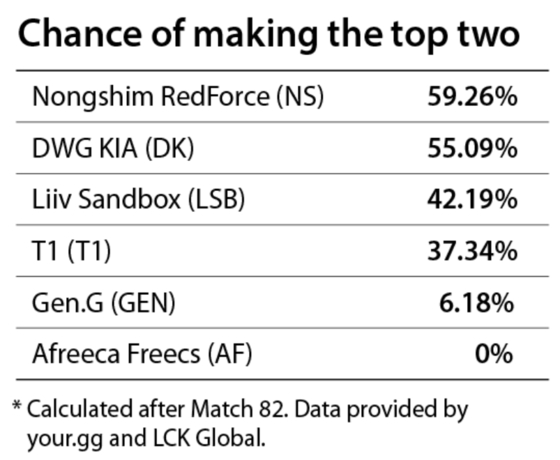 While the top six teams are no longer in danger of losing their ticket to the postseason, they will be eager to win all of their few remaining matches, and not only just for better momentum heading into the playoffs. All of them save Afreeca still have a chance of finishing in the top two, although probabilities widely differ.

Conversely, the bottom four teams will be desperate to end the last week of the regular summer split on a positive note, as many of those players will be playing their final broadcast games of the year.