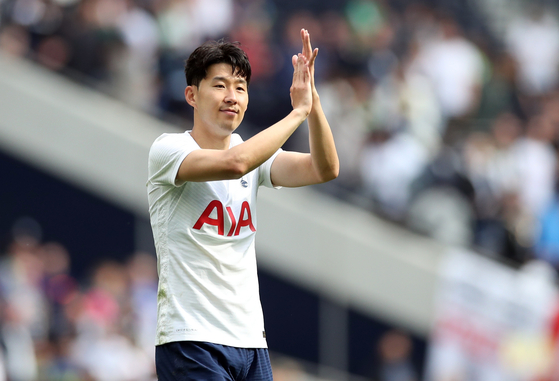 
Son Heung-min continues to look strong in the final days before the 2021-22 season begins, scoring a goal against Arsenal in a pre-season friendly on Sunday.

Son scored the only goal in the 1-0 win, giving Tottenham Hotspur the edge over their local rivals and a much-needed morale boost as questions about Harry Kane's future still dominate the club's pre-season preparations.

Spurs had the upper hand throughout the game, and Son's 79th-minute winner wasn't the club's only serious attempt. The Korean striker narrowly missed an earlier volley and Dele Alli had a number of attempts on goal, with the Kane-less side still looking confident with less than a week to go before the 201-22 season begins. 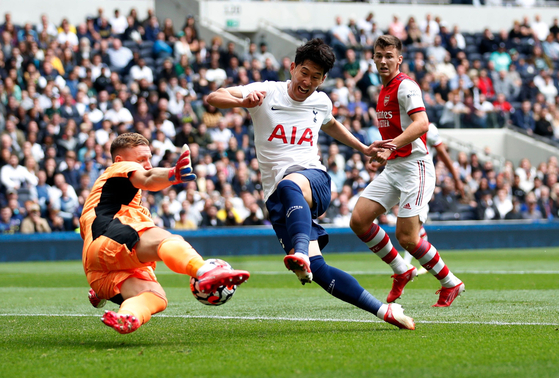 
Tottenham have played five pre-season friendlies over the last month. The first three games were all against lower-tier clubs — Leyton Orient, Colchester and MK Dons — and the last two against Premier League rivals Chelsea and Arsenal. Spurs drew 1-1 with Leyton Orient and 2-2 with Chelsea, winning the other three fixtures.

Son in July signed a new four-year deal with Spurs, ensuring his presence at the club even as questions remain over Kane's future.

Son is one of Spurs' top forwards, scoring 107 goals in 280 appearances since joining from Bayer Leverkusen in 2015. He scored 22 goals across all competitions last season, combining with Kane for a total of 14 Premier League goals, a new season record for the most prolific goal scoring partnership ever.

Son has already earned his spot in Spurs history multiple times, scoring the first Premier League and Champions League goals at the club's new Tottenham Hotspur Stadium and in 2020 winning the Puskas Award for the single greatest goal in the world for a stunner against Burnley in 2019.

Kane's future remains a serious concern for Spurs. He is still under contract with the club but has repeatedly made it clear that he wants to leave. The issue has reached a head in the last couple of weeks, when Kane refused to show up for pre-season training with Tottenham.

New manager Nuno Espirito Santo implied after the game on Sunday that Kane will stay with the club.

"Harry is with us. He has to quarantine at The Lodge but he has already done his first day with the sports scientists, but he is with us," Nuno was quoted as saying by Football.London. "I will speak with Harry as soon as possible."

With or without Kane, Tottenham Hotspur will begin the 2021-22 season on Sunday with an opening match at home against Manchester City. Tottenham are looking for redemption this year after finishing the 2020-21 season in a disappointing seventh place. Manchester City finished first.