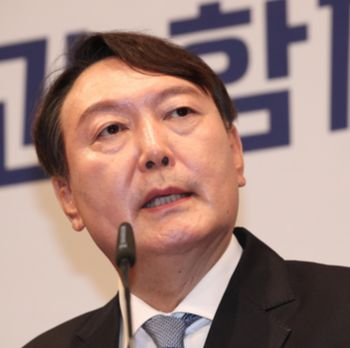 The call under scrutiny was from when Yoon had called Lee directly to express his regret over the remarks by Shin Ji-ho, Yoon’s former chief of political affairs, calling for the impeachment of the party chairman. 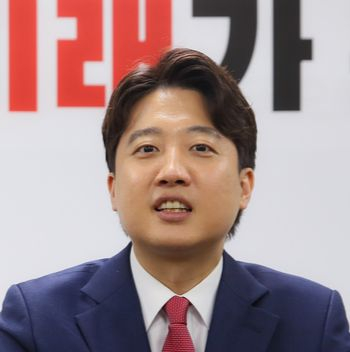 
Wire agency News1 reported Saturday that a political insider with knowledge of the call said that Lee recorded the call while talking to Yoon on the phone on Thursday. The source also said that Lee’s staff transcribed the content of the phone conversation into a document, which was then leaked.

Through a representative, Lee claimed that he did not record the call with ulterior motives, saying that his phone has an automatic recording function and that his team merely transcribed the call as part of their regular duties.

“As Lee said on Aug. 12, there was nothing in the call that could be particularly problematic,” the representative said.

However, this explanation did not appear to placate Yoon, whose representative said in an interview with News1 that they had received the report that the call was recorded.

“Of course he wouldn’t feel good about this situation,” Yoon's representative said.

Although the two leaders were expected to patch up their sometimes tense relationship through the conversation, Lee said after the call that Yoon “did not apologize or express regret [for Shin’s comments], nor did he clarify his participation in the upcoming PPP candidates’ debate,” leading to renewed conflict between the two.

Lee and Yoon have enjoyed an uncomfortable relationship since they both came to prominence in the conservative party's race.

Yoon is hailed as a champion of opposition to the government of President Moon-Jae-in and over-reaching prosecutorial reforms by the ruling Democratic Party (DP), which conservatives decry as an attempt to suppress future investigations into progressive politicians.

Meanwhile, 36-year-old Lee, who became the youngest-ever elected leader of a major Korean political party in June, is viewed as the symbol of a new generation of conservatives, whose power base has thus far rested with older voters over the age of 50.

Shortly after his election, Lee expressed impatience with Yoon’s delay in officially joining the main opposition party, which Yoon finally announced on July 30 after months of speculation.

In a veiled comment widely seen as aimed at Yoon, Lee in June urged any potential contenders for the party’s nomination to join by August.

During his radio interview with CBS radio on June 14, Lee said “the [party’s campaign] bus departs in August without exception.”

That comment led to a response on Facebook by Jang Ye-chan, an advisor to Yoon, who wrote that “there is no need to intimidate someone into boarding a bus when they can take a taxi directly to their destination even after the bus has left.”

Jang added, “Only the bus driver suffers a loss when the bus leaves without a single passenger,” suggesting that it is, in fact, the PPP that would suffer in the next presidential election if they did not accommodate Yoon’s political movement.

The latest controversy over the recorded telephone conversation represents a continuation of the underlying struggle between Lee, who represents his party’s interests to coalesce around a nominee sooner rather than later, and Yoon, who almost pointedly built his own power base and political movement before entering the PPP.