In the diplomatic kindergarten

In the diplomatic kindergarten 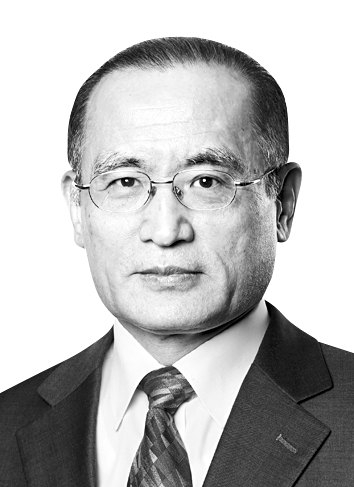 Wie Sung-rak
The author, a former South Korean representative to the six-party talks and guest professor of politics at Seoul National University, is head of the diplomacy and security division of the JoonAng Ilbo’s Reset Korea campaign.


The pointed denunciation by Kim Yo-jong, North Korean leader Kim Jong-il’s sister, of the resumption of a South Korea-U.S. joint military exercise has once again raised the “issue of trust” — one of the deep-rooted problems of South Korean diplomacy. In a recent statement, Kim, who serves as vice director of the Workers’ Party, expressed serious regrets about South Korea’s “betrayal,” a taboo term in normal diplomacy. More baffling is the lack of reaction from the South Korean government of Moon Jae-in.

Such mysterious developments between Seoul and Pyongyang made me wonder if Moon really made comments suggesting a suspension of the joint drill when he exchanged letters with Kim Jong-un in the preceding months. Many people will likely brush off my assumption as being far-fetched.

But in Korean diplomacy, such discrepancies occurring from a lack of trust occur quite often. During the 2019 Hanoi summit between Donald Trump and Kim Jong-un, South Korea assumed its role as mediator enthusiastically and relayed U.S. positions to North Korea. In the meantime, Seoul likely inflated Pyongyang’s expectations for a satisfactory solution to the denuclearization conundrum. But after Trump stormed out of his summit with Kim in Hanoi, North Korea was allegedly outraged over the South Korean government misrepresenting everyone’s positions. Diplomatic experts at home and abroad mostly attributed the severed inter-Korean exchanges since to the Moon administration’s clumsiness as a go-between.

Even if that’s the case, some will still dismiss Kim Yo-jong’s fulmination as just a “part of the liberal administration’s crusade to talk with the recalcitrant regime for the Korean Peninsula Peace Process.” But such an attitude does not make sense given abundant similar cases between South Korea and countries other than North Korea. Let me introduce two such cases.

When the conservative Park Geun-hye administration allowed the Terminal High Altitude Area Defense (Thaad) system to be deployed in South Korea, Chinese Foreign Minister Wang Yi lambasted South Korea for “betraying” China. In the face of such harsh language, the Park administration kept mum. So I could not help but wonder what kind of miscommunication went back and forth between Seoul and Beijing until China demonstrated such a strong reaction to Seoul’s deployment decision.

South Korea’s past governments repeatedly proposed that Russia jointly build massive infrastructure such as a gas pipeline or railways with South Korea, but they ended up making no progress. Russia’s deep-rooted doubts about the authenticity of South Korean proposals are actually nothing new. Phrases such as a “lacking trust or confidence” were stains on Korean diplomacy under both conservative and liberal administrations. No other countries with an international stature on par with South Korea’s receive such shameful branding and keep their silence.

Let’s look at a recent case in point, which relates to the meaning of the controversial “Three No’s” in the Moon Jae-in administration’s talks with China. The wording of the concept — no additional deployment of Thaad batteries, no South Korean integration into a U.S.-led regional missile defense system, and no trilateral alliance with the United States and Japan — was led by the Blue House, coordinated with Beijing, and announced by former Foreign Minister Kang Kyung-wha when she was brought in to a session in the National Assembly. Yet officials in the Moon administration often mention that there is no need for South Korea to abide by the “three no’s” as they pertain to the realm of “consultation,” not “agreement.” It is obviously a mistake for a senior government official to make public a controversial government position. Yet, since the wording was agreed to — and concluded with — China, the Moon administration should have had a systematic and convincing diplomatic debate in order to depart from the agreement with Beijing. Changing words without such a process only triggers an even bigger problem on the diplomatic front.

The primary reason for such unbecoming diplomacy is a South Korean government’s pursuit of partisan, ideological, populist, politicized and shortsighted approaches. In such a structure, the virtue of diplomacy — primarily, seeking national interests through rational and practical ways — cannot see the light of day.

No member of the G7 or G20 groups of nations are engaged in such substandard diplomacy. In other words, even though our economic power can match the advanced ranks, our diplomatic abilities cannot. We should not leave the situation unattended. We must not hand over such shoddy diplomacy to our next generation. The older generation must first take responsibility to fix the problem.

To do that, a sense of crisis over such regressive diplomacy must be shared. The job can get traction if our political elite shares the sense first and immediately embarks on addressing our diplomatic weaknesses. Otherwise, someone else must shake up public opinion and help reach a social consensus — hopefully starting with the security and diplomatic community.

Kim Yo-jong’s over-the-top condemnation has offered an opportunity for us to look into the shadow of our diplomacy. The trust issue for our diplomacy should be addressed before it’s too late. I hope a constructive social debate starts to ratchet up our diplomacy for a better future.