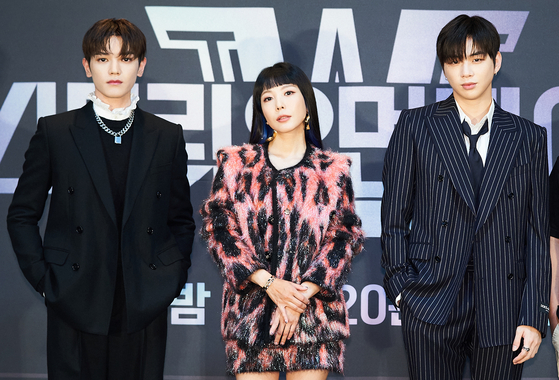 From left, Taeyong of boy band NCT and singers BoA and Kang Daniel pose during Tuesday’s press conference for Mnet's new all-female dance competition show "Street Woman Fighter,” which will air its first episode at 10:20 p.m. on the same day. The show will feature eight female dance crews who will compete for the top spot. Kang will host the show while Taeyong and BoA will appear as judges. [CJ ENM]

Producers of 'Street Man Fighter' under fire for 'sexist' comments