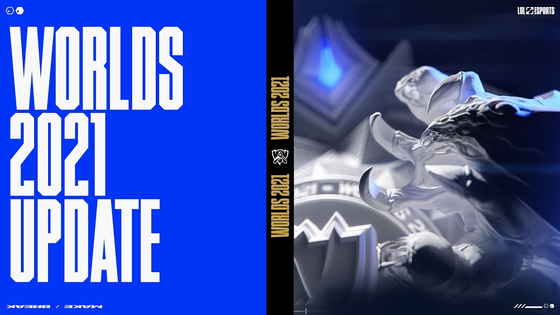 
Riot Games has announced the League of Legends 2021 World Championship will be relocating from China to Europe. The tournament, in which Korea's top four teams will compete, was originally planned to travel across five Chinese cities.

"It [has become] extremely difficult to guarantee that qualifying teams and their best players would be able to attend Worlds this year," John Needham, Riot's global head of esports, said in a video published on Tuesday evening.

"After considering all possible options, we concluded that moving Worlds to Europe provided the best opportunity for the most teams and their best players to compete."

Needham's update confirmed an earlier report on Tuesday afternoon by Upcomer's Tyler Erzberger. Sources in said article shared that the decision was made "after Riot ran into difficulties securing travel for production crews to China."

It has not yet been announced where exactly in Europe Worlds 2021 will take place.