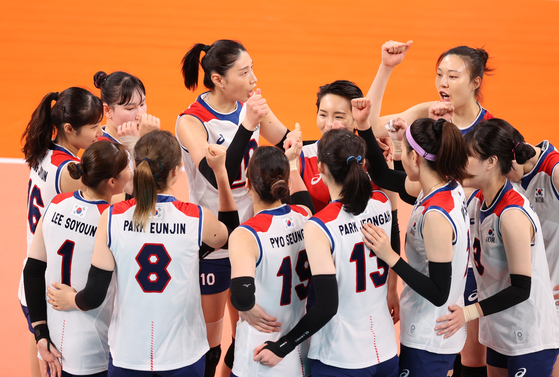 
Women's volleyball was the most popular sport among Koreans watching the 2020 Tokyo Olympics, according to analytics provider TLOG.

The survey, conducted from Aug. 10 to 17, collected answers from a sample of 1,000 men and women between the ages of 15 to 59. The margin of error was at plus or minus 3.5 percentage points at the 95 percent confidence level.

Women's volleyball was the most-watched sport of the Olympics on television as well. According to TV ratings company TNMS, the national team's semifinals match against Brazil on Aug. 6 was watched in 36.8 percent of homes, outranking even football and baseball to take the No.1 spot.