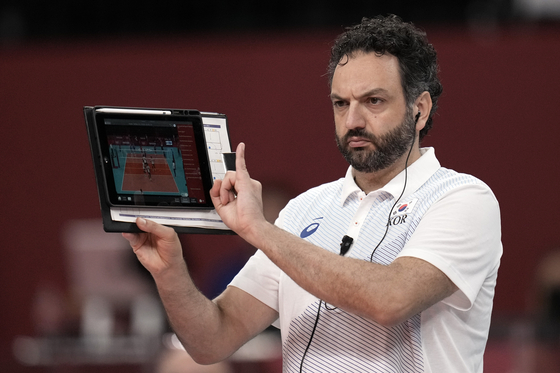 
Stefano Lavarini, head coach of the national women's volleyball team, has earned his space in the annals of Korean sporting history after his underdog squad fought their way through higher-ranked opponents to finish in fourth place at the 2020 Tokyo Olympics.

Lavarini, the first foreign coach to lead the Korean national team, has been widely credited for the success of the team, drawing comparisons to Guus Hiddink, the football manager that led Korea to the semifinals of the 2002 World Cup. The Italian coach's unusual background has also added to his reputation — he never played professional volleyball, instead building a career from the start as a coach and analyst.

For Lavarini himself, the Olympics was another opportunity to do what he loves.

“I like very much everything about the head coach’s role,” Lavarini said in a written interview with the JoongAng Ilbo. “When I was young, I met the volleyball coach of my friends and I started to be fascinated by his passion in doing this job and by the relation he had with the players.” 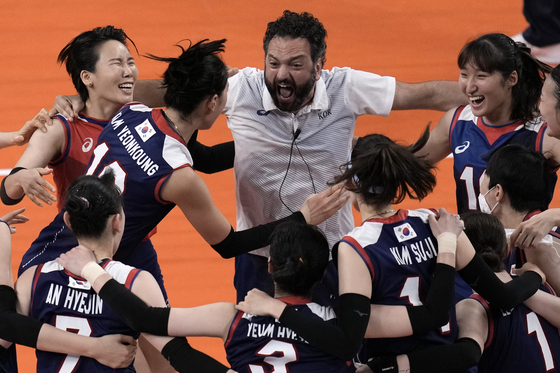 Head coach Stefano Lavarini celebrates with his players after their 3-2 victory over Japan, at the end of a women's volleyball preliminary round pool A match, at the 2020 Summer Olympics on July 31 in Tokyo, Japan. [AP/YONHAP]


Like his role model, Lavarini’s leadership comes from the deep connection he has built with the team.

The players describe him as their biggest fan and a studious coach. When Korea toppled higher-ranked volleyball giants, he was often seen during timeouts encouraging the team to play their own game, not that of the opponent. According to the players, Lavarini was always well prepared for every game, studying each opposing player in detail and advising the Korean stars on exactly how to take them on.

But it wasn’t all fun and games for the team on the way to the Olympics, with the postponement of the Games and the suspension of the Lee twins, especially for the head coach.

“We needed to find the balance of our team, to decide the style of play we wanted, the lineup and the b-plan,” recalled Lavarini. “I used to have meetings with the team and individually with each player to explain them every moment’s goal and to make sure that they were following, and they were trusting in our teamwork.”

And teamwork was what worked for Korea. Despite the challenges, Team Korea toppled Japan to reach the quarterfinals and then Turkey to reach the semifinals for the first time since the 2012 London Games. Of course, captain Kim Yeon-koung was in the middle of it all, leading the team to put up a fight against the stronger opponents. 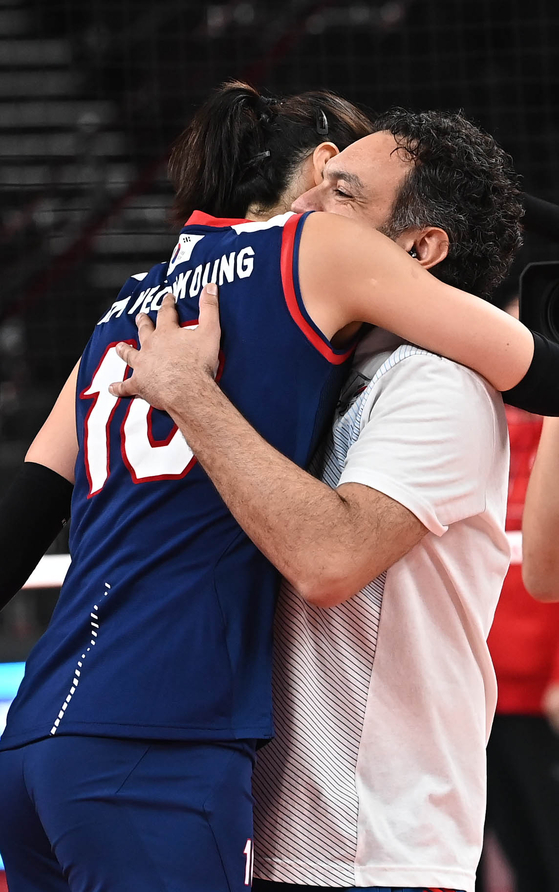 
“I’m grateful to her for what she gave to our sport [until now],” Lavarini said when asked about Kim’s retirement from the national team. “She has been unique and unbelievable and she will be unforgettable.”

Lavarini, who also coaches a league team in Italy, didn't indicate whether he plans to sign a new contract as the national team coach, but he did offer some thoughts on how he'd like to be remembered.


“[As] someone who did his best together with a splendid team to achieve ambitious results for the country of Korea,” he said.