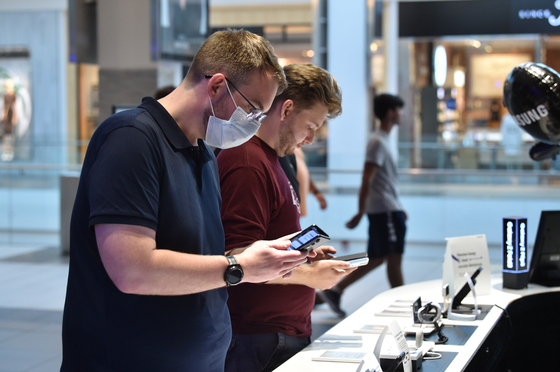 
The new foldables from Samsung Electronics were made available in 40 countries on Friday, with a significant number of orders already lodged.

Sales of the Galaxy Z Fold 3 and Galaxy Z Flip 3 foldable smartphones started Friday in about 40 countries worldwide, including the United States, Canada, the Britain and France.

Galaxy Watch 4 smartwatches and Galaxy Buds 2 wireless earphones were also made available in those countries.

“We plan to expand our launch to some 130 countries by October,” said a spokesperson for Samsung Electronics.

Many advanced orders have been place for the smartphones, with the device being marketed as being more durable, having better designs and being affordable. The Z Fold 3 starts as $1,799.99 compared to the Fold 2’s $1,999.99.

Various promotional events will run in the release countries, and customers will be allowed to try the newest smartphones at Samsung Experience Stores worldwide.