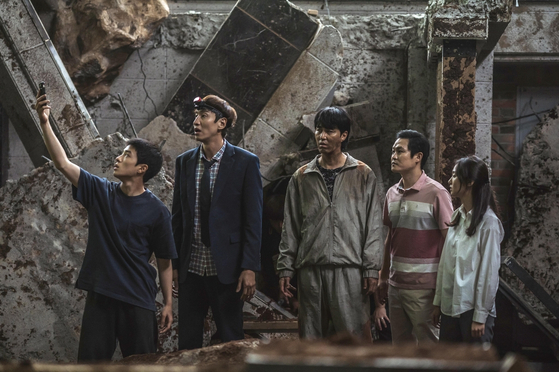 
Despite a spike in the number of daily Covid-19 cases, the disaster comedy “Sinkhole” opened extremely strongly Wednesday.


According to data from Korean Film Council, 147,000 tickets were sold on its opening day, a record for a local film this year.

The all-time record for this year is held by “Fast & Furious 9,” which sold 400,000 tickets on May 19, which was Buddha’s birthday, a national holiday in Korea.

“Sinkhole” tells the story of residents of an apartment building in Mapo district that is plunged 500 meters down a sinkhole. The film stars actors Cha Seung-won, Kim Sung-kyun, Kim Hye-joon and Lee Kwang-soo.

'Avatar: The Way of Water' remains top of box office for 4th week