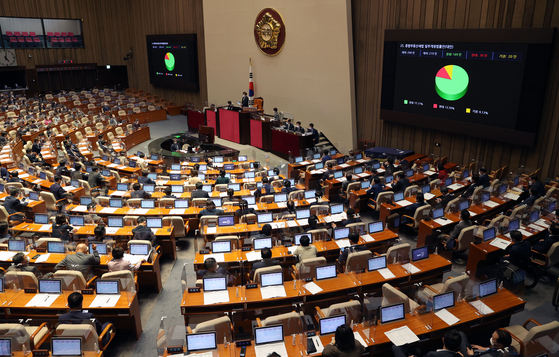 The National Assembly passed a bill revising the comprehensive real estate tax on Tuesday. Under the bill, single apartment owners will be taxed on apartments with assessed values exceeding 1.1 billion won ($943,000) instead of 900 million won. This translates to apartments with market values of around 1.57 billion won. The change is meant to reduce property taxes, which have sharply increased due to the rapid hike of apartment prices during the Moon Jae-in government. [YONHAP]

Yoon tax plan designed to help the people and the economy