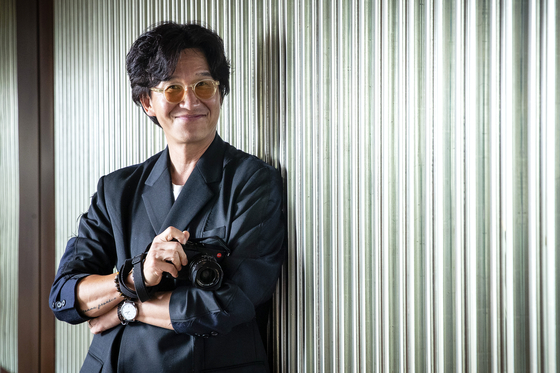 While he has built most of his career abroad, he also became well known to the Korean public last year after appearing on tvN's popular show “You Quiz on the Block.”

After participating as a panel member of the Corea Image Communication Institute’s 2021 Culture Communication Forum on Wednesday, Kim sat down for a press interview at the Grand Hyatt Seoul hotel in central Seoul. 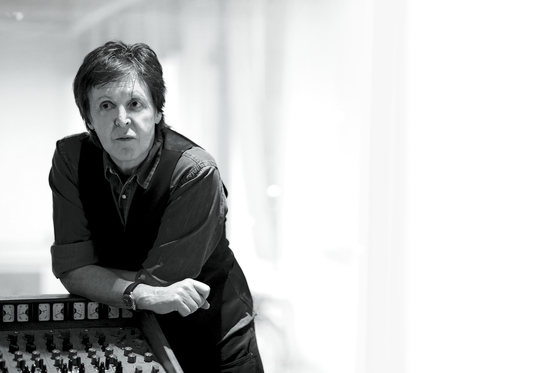 
“I’ve been staying in Korea since the Covid-19 pandemic broke out,” Kim said. “I initially felt locked out because every activity abroad came to a halt for me, but I was fortunate enough to find projects with many Korean companies and celebrities. The pandemic is still a terrible thing, but it also made me truly realize that ‘when one door shuts, another opens.’”

Kim said he never considered becoming a photographer until a dramatic turn of events when he was in college. Kim was studying film in London when the 1997 Asian financial crisis hit and his family was no longer able to fund his education, which forced him to pause his studies and take part-time jobs.

“Working at restaurants was not so physically taxing, but it was so boring,” Kim said. “Then a small newspaper was looking for a trainee photo journalist, so I joined and I found it fascinating. It was purely a coincidence; if I became a carpenter’s apprentice back then, I would probably be a carpenter now.” 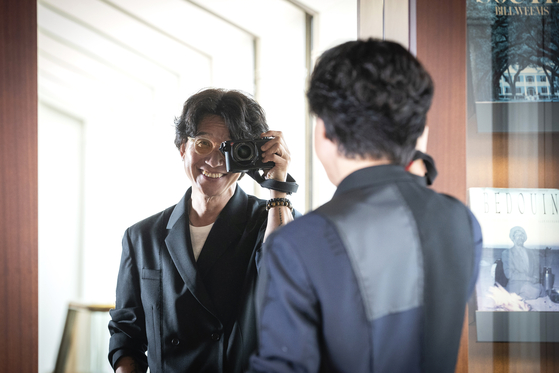 Kim at the Grand Hyatt Seoul on Wednesday [JANG JIN-YOUNG]


Kim added that he does not even view himself as an artist.

“I’m just a middle-aged man who strives to put food on the table for his family,” he said. “For me, the means to do that simply happens to be photography. I’m happy that people love and think highly of my work, and that’s what makes me shine. I’m not some shining artist by myself.”

After realizing he had a natural talent for photography, Kim began building his career.

“I got the chance to photograph the Spice Girls, who were the most challenging to work with because they were five women with strong personalities,” he said. “Everyone was happy with individual shots that I took, but when it was time to select group pictures, one would complain ‘I look fat in that” and the other would argue “But I look better in that.” So I anxiously tried my best, and word got out that there is this Asian man named MJ who barely speaks English but can take photos that make all of the Spice Girls happy. That’s how I was introduced to Michael Jackson and then McCartney who hired me full-time.”

Kim had not only immense respect for the pop legend, but also many anecdotes to share.

“Paul was not an easy boss to work with by any means,” Kim laughed. “He was famous as a member of The Beatles since his 20s, and he himself is known for his talent in painting and photography. So his staff also had to meet his high standards. At first, working with him made me break out in a cold sweat, but then I could see what a warm person he was. 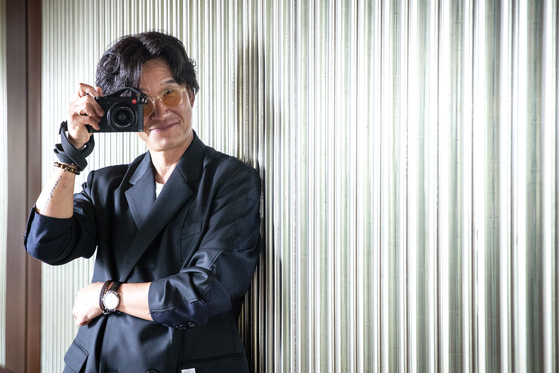 
“He told me, ‘MJ, I’ve had both money and fame, but the most important thing is family.’ And he really meant it; he always remembered and asked about the staffs’ families, and when he visited Korea in 2015 for a concert, he gave me 50 free tickets to invite my friends and family. He would also shake hands with the youngest, lowest-ranking staff members first, and I developed so much respect for his kind nature.”

Above all, Kim said McCartney led him to becoming a better photographer.

“At one point, I fell into complacency and that showed in the quality of my photos,” Kim said. “A pop legend like McCartney could’ve instantly replaced me with anyone. Instead, he gently told me, 'MJ, your photos don’t excite me anymore. Will you try harder one more time?' I was grateful that he gave me another chance and I got back on track. McCartney showed me how much impact an artist can make with genuineness and warmth.”

Kim said his bucket list for the future is to photograph McCartney and boy band BTS together. He has already worked with BTS for an advertisement, and he saw something that McCartney and BTS had in common.

“The Beatles captivated people all around the world with their music that had a positive message in English, and I believe BTS is doing a very similar thing today in Korean,” he said. “It would be such an honor if I could photograph the two iconic pop acts together one day.” 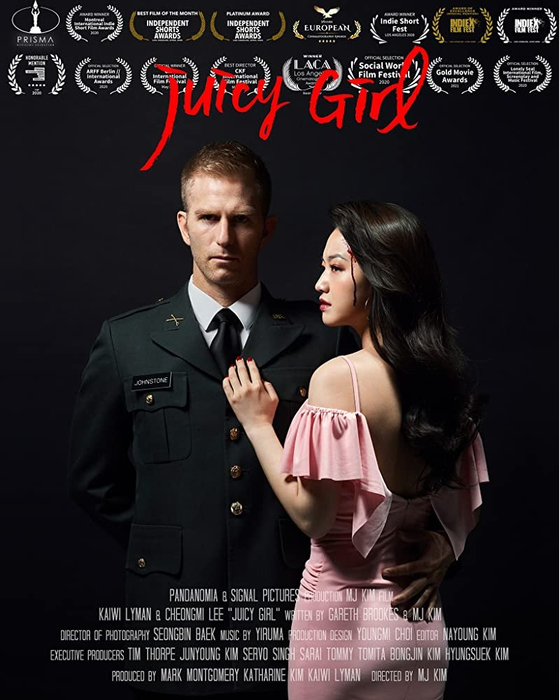 
Kim is constantly challenging himself. He made his directorial debut last year with the short film “Juicy Girl.” It is based on true events surrounding Korea’s dark history of prostitution and violence against women near U.S military camps. Kim added that his experience in taking photos that capture emotions helped him in film directing. He is currently working to release a feature film in the near future.

Kim wrapped up the interview sharing his insight on what it means to be a photographer in an era in which anyone can take pictures with their phones.

“I want to tell everyone that they are already photographers,” he said. “Art isn’t something you learn; it’s a part of life. Photography is something that truly everyone can enjoy — educated or not, rich or poor. I often get jealous when I see good pictures taken by non-professionals on social media, and that also motivates me to improve. I love the fact that everyone can easily take photos nowadays, and they’re already photographers just like me.”