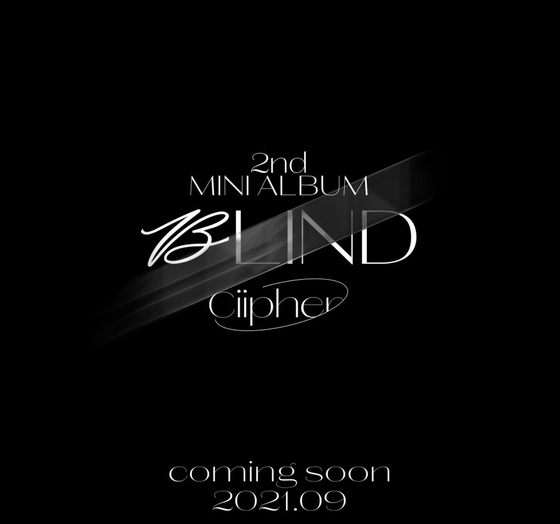 
Ciipher is gearing up to release "Blind," its second EP.

Rain Company, the boy band's label, declined to disclose the exact date of the release but did put out an image for the song.

Ciipher is the first boy band produced by Rain, a singer and actor also known as Jung Ji-hoon, under the Rain Company brand. The seven-member band debuted in March by releasing "I Like You," an EP.

"The new song, which is scheduled to be available sometime in September, highlights the individuality of each member to showcase their unique colors more vividly," Rain Company said in a statement. "They will present a more mature image in all aspects, including music, performance and visuals."